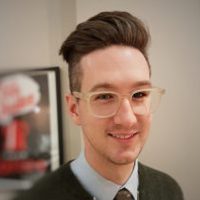 Nathan Wynes has, what some might call, an unconventional resume.

After finishing his master’s degree at the Institute of Political Economy, Wynes found work as a plumber for about a year before landing a spot in the Ontario government internship program. Just six months into the program, he started working permanent position as a Policy Advisor before finding his way to the Cabinet Office, where he currently works as an Executive Assistant and Senior Advisor.

Wynes says the skills he learned at the Institute of Political Economy are valuable in any position.

“At Carleton, I had to learn how to think critically, how to problem solve and how to put the information that I had to use,” he says.

Wynes also completed his undergraduate degree at Carleton, so he was already familiar with the Institute of Political Economy when he was looking to do a master’s, but it was the faculty and the focus on critical theory that really drew him in.

“They were so engaging…they had an impact on me and so when I went to apply for my master’s program, I wanted to do political economy,” he says. “There are only a couple of programs in the world that are really geared towards political economy and I don’t think any of them are quite like Carleton’s.”

During his time with the Institute of Political Economy, Wynes focused his research on refugee livelihoods and, through the Institute, had the opportunity to work with the UN High Commission for Refugees in Ottawa during a semester of his degree.

“It was interesting to see how that cog fit into the larger wheel and to put a bit of the real world spin on the research that I was doing,” he says. “That served me well by the time I got to government… So I think that was really valuable.”

The faculty and the opportunities in the program were a major draw, but most of all Wynes says he really enjoyed the smallness of the cohort and the environment at the Institute of Political Economy.

“It was really easy to get to know everyone because you could reasonably fit all those people in a living room.”