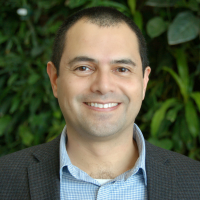 I received my PhD in Geography at the University of British Columbia, where I subsequently carried out postdoctoral work in association with the Global Suburbanisms project at York University. My research has focused on urban informality, the uses of housing, the evolution of suburban ways of living, and the settlement process of transnational migrants in metropolitan Canada. I am also interested in the links between urbanization and grassroots politics in the global north and south.

Mendez, Pablo (Forthcoming) Encounters with difference in the subdivided house: The case of secondary suites in Vancouver. Urban Studies.

Mendez, P. and N. Quastel (2015) Subterranean commodification: Informal housing and the legalization of basement suites in Vancouver from 1928 to 2009. International Journal of Urban and Regional Research39(6): 1155–1171.

Moos, M. and P. Mendez (2015) Suburban ways of living and the geography of income: How homeownership, single-family dwellings and automobile use define the metropolitan social space. Urban Studies 52(10): 1864-1882.

Mendez, P., Moos, M. and Osolen, R. (2015) Driving the commute: Getting to work in the auto-mobility city. In A. Walks (Ed.). The Urban Political Economy and Ecology of Automobility: Driving Cities, Driving Inequality, Driving Politics. Routledge.