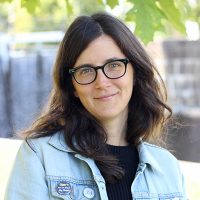 I have a B.A. in Political Science from the University of Waterloo and a Master of Journalism from Ryerson University.

Its interdisciplinary structure. It’s also one of the very few Political Economy programs offered in Canada.

The future of work, especially precarious employment and its social consequences.

What other activities have you been involved in lately?

Professionally, I’ve been researching labour rights protection in global supply chains for the Canadian Labour Congress, mining employment in the North for a Carleton professor, and aspects of modernizing the federal labour code for a government department. Academically, I am starting to tackle my thesis.

Spend some time thinking about your thesis or MRP topic very early on, because it can help guide your decision-making and priorities, and make sure it’s a topic you won’t get bored with.