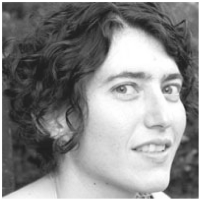 Dr. Schein earned her doctorate in the History of Consciousness Program at the University of California, Santa Cruz.  Her research interests include: Marxist political economy and cultural studies; the commodification and decommodification of public goods and services; rights, commons, citizenship, and moral claims; mutual aid and social movement dynamics; social movement or community unionism; and political cultures of solidarity.

Dr. Schein’s publications include work on the U.S. Peace Corps and the invention of “culture shock;” the politics of park encampments during the Occupy movement; historiographies of Marxist feminism; the “electoralism” debates on the left; and the political potential of “free transit” as a campaign demand for the Toronto left.

In addition to regular teaching in the Human Rights BA, Dr. Schein works with graduate students through cross-appointments to the Institute of Political Economy, the Department of Sociology, and the Institute for Comparative Studies in Literature, Art, and Culture.