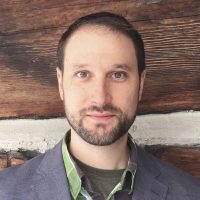 Katz-Rosene attended the Institute of Political Economy for both his master’s degree and his collaborative PhD in Geography.

He currently works as an assistant professor in political studies at the University of Ottawa and he says “everything has a political economy,” whether it’s the World Cup of soccer, natural resources, social justice, or the environment—which is his area of expertise.

But it wasn’t always.

When he came to Carleton for his master’s degree, Katz-Rosene thought he would focus on Latin American politics for his research, but after spending a year working in Alberta, he ultimately decided to pursue an area of interest closer to home.

“It was thanks to the theoretical openness and the interdisciplinary nature of the Institute of Political Economy that that transition was such an easy one and I’ve been working in environmental political economy ever since,” he says.

Katz-Rosene says he loves the work he does now because there is never a dull moment.

“But it’s not all doom and gloom. With that challenge comes a real sense of purpose; and it brings meaning to your work.”

For Katz-Rosene, writing a master’s thesis at the Institute of Political Economy was a major step towards an academic career.

“Turning out primary research, interviewing people, turning it into a cohesive package and trying to get a final project out of it, there’s no doubt that was a very formative experience. That was also the case for the collaborative PhD program.”

And he’s not alone.

His advice to students who are interested in the political economy MA or PhD programs is to keep an open mind.

“My advice would be to keep theoretical and ideological and methodological doors and windows open as much as possible.”