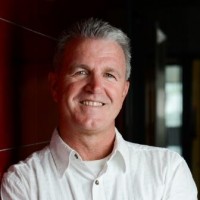 As the Director for the Centre for Urban Research and Education (CURE), Chris’s main research focus has examined infrastructure and urban sustainability and identifies barriers and opportunities in the field.  His background in public management, federal and municipal government have enabled him to bring a governance lens to analyse urban sprawl and key decisions about transportation and infrastructure, land-use planning, housing and energy. His findings illustrate that governance and systems of governance are crucial in understanding infrastructure policies and choices and, ultimately, the kinds of cities they produce.

Local decision-making and municipal government is intended to be the most inclusive, representative and transparent of all levels of government.  As cities continue to increase in size and importance they face challenges to maintain these qualities and adapt their governance structure to adapt to growing responsibilities, demands and technologies.  For economic, social, political and democratic reasons understanding the role and potential of cities has become crucial not only for municipal government but also for regional and national governments who must find ways to play an enabling role in developing urban centres and enhancing the quality of life for urban, sub-urban and rural based citizens.

In addition to an urban research focus my research also focuses on federal government including key aspects of “good governance” in areas such as transparency, accountability and procurement as well the changing relationship between public servants and elected officials.

Strategic management in a public sector context provides another focus for my research and, in particular, the complexity of planning for emergency and crisis situation following natural and man-made disaster.

‘Public Private Partnerships and the Implications for Transparency, Participation and the Public Interest: A Case Study of Ottawa’s Lansdowne Park Development’, Journal of the Association of Nonprofit and Social Economy Research ANSERJ, 2(2) November 2011.

The State of Play: An International Comparison of Innovation in Local Government, with Martin, J. and Spano A., expected late 2016)

‘Justin Trudeau and Leadership Idolization: The Centralization of Power in Canadian Politics and Political Parties’ in How Ottawa Spends 2014-15, Chapter 5 with MacNaughton, C., 2014.

‘SARS in Canada’ in SARS from East to West, Edited by Eva-Karin Olsson and Lan Xue, November 2011, Lexington Books (with Dan Markel).

What now for Financing Infrastructure in Canada? February 2013 (with Milana Simalchuk)

Final Report for DND and CAE, “Governance Issues for ACCORD” February 2012 (with G. Luomo).

As director of the Centre for Research and Education (CURE) Chris has been responsible for securing and managing funds for research into infrastructure investment and programs such as the gas tax fund and also studies in citizen engagement projects.  Recently he has partnered with CURE Research Fellows Steve Pomeroy and Nick Falvo to secure funding for housing policy related funding.  He is also a fellow of the 3Ci research centre and is currently collaborating with the social innovation laboratory at Carleton (1125), and the Milieu research team to secure funding for the development innovating “app” technology aimed at enhancing citizen engagement in land use planning.

An examination of Multi-level Governance in the Syrian Refugee Crisis

Over the past six years, I have completed supervisions of 14 Master’s level Research Essays, 32 directed studies and 16 BA Honour’s theses. In 2005 I was awarded the ‘Excellence in Teaching Award’ by the School of Public Policy and Administration’s Student Society, one of the criteria being the quality of supervision and research training.

Senior Fellow with the Centre for Governance and Public Management (CGPM)

Member of the City of Ottawa’s Knowledge Transfer Roundtable, which advises the City on its Community development framework and develops community based policies.

Recipient of the Faculty of Public Affairs teaching award 2009