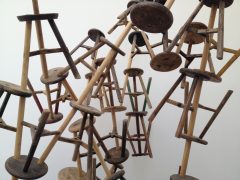 This lecture takes the globally situated contemporary Chinese artist Ai Weiwei as a case study to examine art historical and cultural theoretical frameworks and conditions through which meaning can be and has been attributed to this artist’s interest in the past. Professor Hopfener interrogate selected works such as “Two Joined Square Tables” (2005), “Still Life” (1995-2000), “Fragments of a Temple” (2005), “Dropping a Han Urn” (1995) and how they engage with traditional Chinese materials, forms and techniques from production and reception aesthetic perspectives, shedding light on their multiple epistemological, art historical, socio-political and geo-political conditions and structures of meaning making. Arguing that relating to the past through art – despite disruptions – has been a recurrent issue in Chinese art history in different historical, socio-political and geo-political contexts (Cacchione 2014, Murck 1976, Wang 2011, Wu 2010), Professor Hopfener seeks to uncover how Ai Weiwei’s works can also be interpreted against this art historical background as critical contemporary “objects of transmission” (Chang 1999) and agents of history writing. 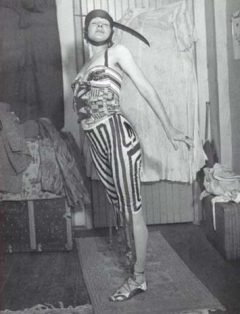 Baroness Elsa von Freytag-Loringhoven (née Else Plötz, 1874 – 1927), is considered to be the first assemblage and performance artist in America, and was a key figure in New York Dada. Through her poetry, sculptures, drawings and collages, performative acts and work as an artist model, she asserted female agency and embodied an aggressive sexuality that punctured social expectations of how women could and “should” occupy social spaces.

In this talk, Anderson will explore how Freytag-Loringhoven’s radical poetry and artworks, published in “little magazines” such as The Little Review, transition and Broom— important platforms for the development of modernist literary aesthetics and the dissemination of Dada, Surrealist and Expressionist art—conveyed her gendered experience as an artist.

The vast and growing problems of waste and landfill from demolition is leading to new strategies for urban mining, deconstruction and designing for disassembly. Spolia – the reuse of salvaged historic building fragments in new structures – is a well-studied area of art/architectural history, but how will we assess future spolia, resulting from current paradigms of sustainable materials reuse in architectural design and heritage conservation?

This talk builds on a wider examination of the relationship between heritage values and waste. In it, Ross will compare recent examples of projects that incorporate highly valued salvaged elements, with strategies for reclaiming and reusing all discarded building materials, either on or off site. This includes considering how material and other values associated with original place or use are sustained, transformed or even deliberately unsettled.

Still from Hito Steyerl, HOW NOT TO BE SEEN A Fucking Didactic Educational .Mov File (2013).

Living with an abundance of searchable information literally at our fingertips seems to produce two contradictory epistemologies: everything is obvious and knowable now and everything is too diffuse and complicated for individual comprehension. Digital technologies produce a confusion of scale. Data are compressed, made small, for dissemination through networks, but this litheness produces a simultaneous “too muchness,” information overload.

In light of this, this talk considers the function of didactic aesthetics in contemporary video art. Analyzing two examples—Herman Asselbergh’s Speech Act (2011) and Hito Steyerl’s How Not To Be Seen: A Fucking Didactic Educational .MOV File (2013)—Anable suggests how didacticism is related to questions about the role of information, art, and critique in the present. 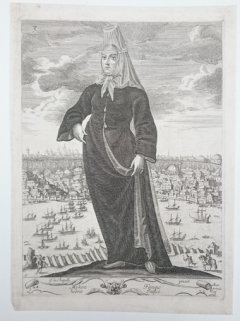 European travel to the Ottoman Empire rose steadily throughout the sixteenth and seventeenth centuries resulting in a flurry of travel books replete with detailed descriptions of foreign dress, land, and customs. This paper takes as a case study a costume book produced by French artist Georges de la Chapelle wherein figures are set within a vertical frame set against a sprawling panorama of Constantinople. Through comparative analysis with costume books produced by Ottoman artists, I argue that artist-travelers adapted established Ottoman visual idioms and translated them for a European market. The process of creating costume illustrations was thus itself a cultural encounter whose traces were concretized in the final publication for the viewer-reader to experience second-hand. Ultimately, I argue that La Chapelle’s superimposition of costume illustrations on maps participates in an established tradition—seen first in early modern atlases—wherein the sartorial is juxtaposed with the chorographic as a means of contemplating a nation’s civic qualities by the physiognomy of dress. 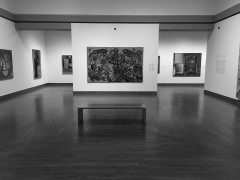 Anishinaabe artist Norval Morrisseau routinely painted works that visualized his complex relationship to the land. While Canada’s colonial actions directly inspired him to paint political works in the 1970s, typically Morrisseau avoided direct political expressions. Still, one can discern a passion, even an activist’s vision for the stewardship of Mother Earth in his oeuvre and this talk engages with three such works.