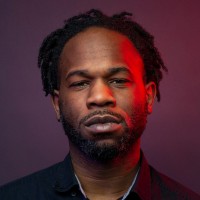 Kwende Kefentse spent four years in the Bachelor of Humanities program, and graduated with a B.A. Interdisciplinary Urban Studies in 2011.

Kwende is the inaugural Executive Director of CKCU, Ottawa’s original independent campus-community broadcaster. In his 15 + year career at the intersection of the arts, heritage, public policy, urban science, multi-media, music and the economy, he has carved out a unique niche in the Canadian cultural landscape. Prior to completing a Masters of Research from UCL’s Bartlett School Architecture in Space Syntax Architecture and Cities (2017 – 2018) focused on the quantitative spatial modelling of cultural (music) industry ecosystems in neighbourhoods, Kwende played a leading role developing the City of Ottawa’s council-approved Renewed Action Plan for Arts, Heritage and Culture (2013 – 2018). Following from that, he led the development of the Ottawa Music Industry Coalition – a not-for-profit organization focused on local industry development, and the Ottawa Music Strategy (2018 – 2020) – a new council-approved strategy for investing in, and developing the music industry locally. His work has been featured in outlets like CityLab, Spacing Magazine and Monocle Radio to name a few.

Kwende serves on the boards of the Carleton University Art Gallery, FACTOR (Diversity and Inclusion observer), and the Washington D.C. based Music Policy Forum, respectively. He is also the locally and internationally renowned producer and performer DJ Memetic, and the host + creative director of TIMEKODE, one of Canada’s most established independent club nights. Over nearly 15 years of monthly events in alternative spaces TIMEKODE has become a beacon of progressive pluralism in Ottawa. His solo + TIMEKODE original productions and remixes have received critical acclaim from international outlets like Vice Thump, Radio Nova and Wax Poetics. He has been requested as an opening performer for luminaries like Nas, and Barack Obama.

Kwende Kefentse spent four years in the Bachelor of Humanities program, and graduated with a B.A. Interdisciplinary Urban Studies in 2011. He has been the president of the Humanities Alumni Association.

Municipal cultural planner Kwende Kefentse did exactly what Carleton University’s dean of arts and social sciences John Osborne suggests one should do with a BA: explore. He figured out what he wanted “to know about” and then found a way to study exactly that.

He started in the Bachelor of Humanities program, a small interdisciplinary program that presents the history of Western civilization in different subject areas, including religions of the world, ancient philosophy, literature/fine arts and, finally, political science and political philosophy.

“You end up reading primary texts instead of books about the books, which is great,” Kefentse says.

In his fourth year, he struggled to find a professor to supervise his directed study idea, which was to explore how urban culture and hip hop are connected. In the end, he found a film course called Cinematic Cities, and through that, he was able to crystallize his ideas. He ended up taking architecture and geography classes to finally bring the paper together.

“In the end, probably at my mom’s urging, I combined four years of humanities, film and geography to get my BA,” he says.

The 31-year-old is also a DJ, and in 2005, while he was studying, he was writing for the Ottawa Xpress weekly paper. Through that job, he met writer Richard Florida, an urban studies theorist and now a professor at the University of Toronto. Florida hired Kefentse to write the “creative class exchange” blog for his think-tank.

“Through that, I ended up connecting with someone at city hall, and then they ended up creating this job where I’d work on the renewal of the city’s cultural plan,” he recalls. “I work with the community to develop a strategy for arts, culture and heritage.” He started that, his current job, in 2009.

“All the things I’ve done led to this job that plays to all the strengths I developed in school,” he says. “I didn’t know there was such a thing as a cultural developer job, an occupation that crossed the aspects I was pursuing academically. To have something there for me that was well tuned to those interests, I think that’s really cool. My BA was unconventional—there were a lot of twists and turns. I knew what I wanted to know about, and I used all the resources at the university to try and put that together for myself. That’s one of the values of the BA—that you can do that.”

Kwende Kefentse is the inaugural Executive Director of CKCU.

More about Bachelor of Humanities Alumni