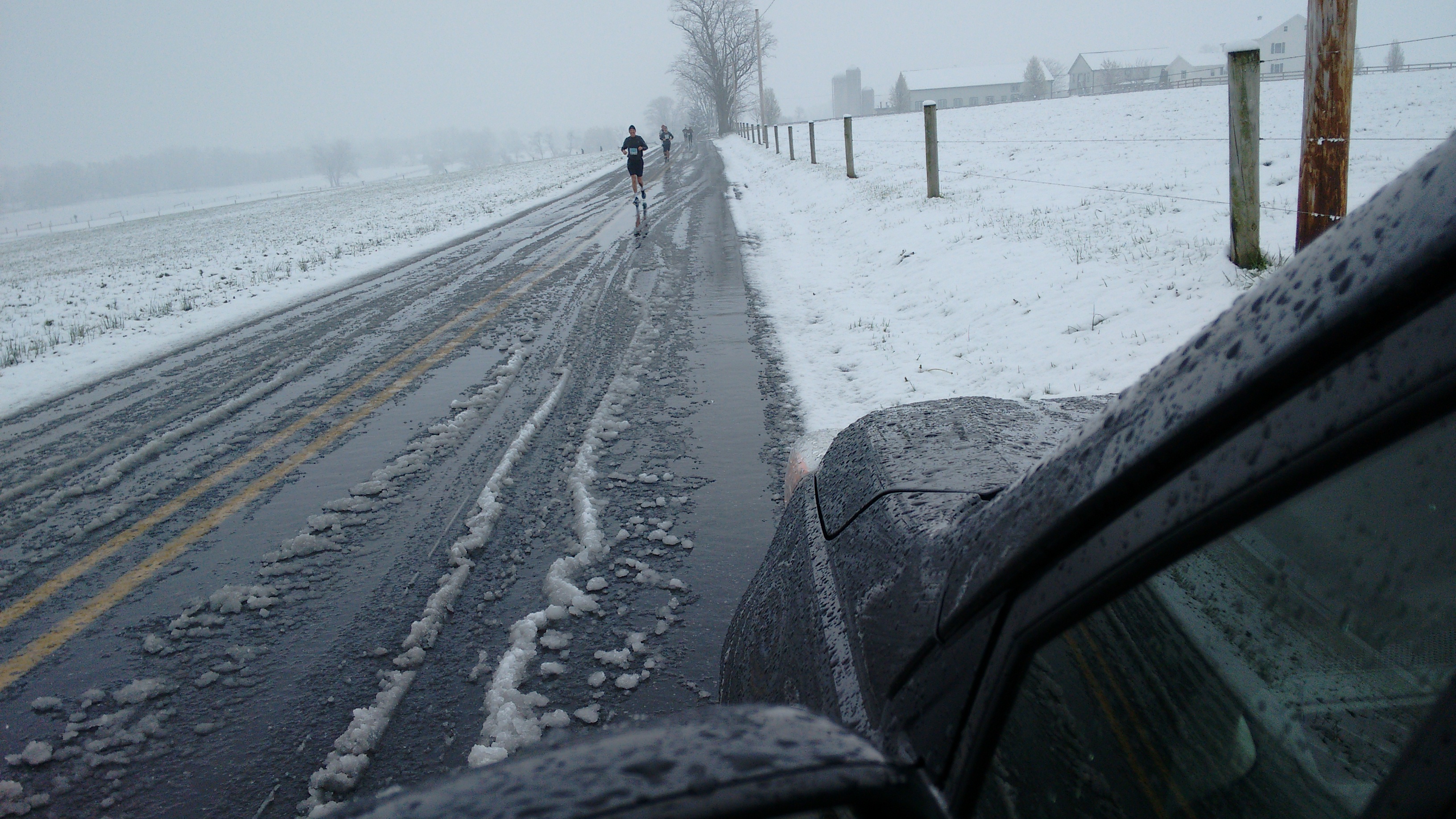 A couple of years ago, Professor Buist set what probably seemed an unrealistic goal to many — to run his first marathon. Two years later, with some 10K and ½ marathon races and many hours of solitary runs under his belt, Professor Buist achieved his goal by completing the Garden Spot Village Marathon in Lancaster, Pennsylvania, on April 9. His finishing time of 4 hours and 52 minutes put him in 178th place out of the 264 marathon runners who crossed the finish line. Billed as a run through bucolic farmland where local vehicle traffic shares the road with Amish farmers in horse and buggies, this year’s marathon took place under less than ideal weather conditions. Instead of a cool, sunny spring morning, runners were faced with falling snow and slushy road conditions.
The weather didn’t dampen Buist’s spirits though. A goal is a goal, especially one that has taken so much time and effort to reach. As the miles fell away behind him, Buist did admit that his knees and one hip began to give him some discomfort but he kept on going with no thought of quitting. “While I was running,” said Buist “it was like watching my life go by. At the start, I felt great, full of energy, but by the time I got to the mid-way point I knew I was starting to slow down, and then by the time I finished, I felt like an old man.”
A day or two of rest after the run and Professor Buist is now all set to plan his next challenge – improve his time so he can qualify for the Boston Marathon.