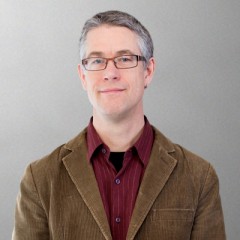 On Friday, February 10th, CFICE’s Principal Investigator, Peter Andrée, was invited by Will Amos, Liberal MP for Pontiac, QC, to attend a meeting between Pontiac riding constituents and Lawrence MacAulay, Minister of Agriculture. The meeting was primarily co-ordinated by the West Quebec Farmers’ Association. The meeting’s speaker list included representatives from various associations such as the Pontiac Dairy Producers and the Pontiac Grain Producers, as well as local farm owners and residents. Each representative addressed different aspects of the farm industry and the potential for a sustainable and fruitful future relationship with the federal government.

Peter Andrée spoke from his position as both an Associate Professor at Carleton University, but also as the President of the Wakefield Farmers Market. He focused on the importance of developing a national food policy for Canada. His comments are below.

“I appreciate this opportunity to speak with you, and extend my thanks also to Dougal Rattray of the Quebec Farmers’ Association for the invitation.

I am here not as a farmer, but rather as a citizen of the Pontiac and a long-time supporter of local farmers.  I wear multiple hats, including being President of the Wakefield Farmers’ Market, which I work on with Charlotte. I am also a professor of political science at Carleton University in Ottawa where I teach courses in agri-food politics and environmental policy.

I am here today to talk about the need for a more integrated approach to agri-food policy. What I mean by this is a whole-of-government approach that seeks to achieve multiple win-wins across sectors – health, the economy, and the environment – through carefully thought out food and agriculture-related policies and strategies.  As part of my research, I have hosted high-level meetings on this topic between organizations like the Canadian Agri-Food Policy Institute, the Canadian Federation of Agriculture, the Conference Board of Canada, Food Secure Canada, and the Assembly of First Nations.

I was heartened when I read your mandate letter from Prime Minister Trudeau in October 2015. You have been tasked with the development of  “a food policy that promotes healthy living and safe food by putting more healthy, high-quality food, produced by Canadian ranchers and farmers, on the tables of families across the country” (Trudeau, 2015). My understanding is that since then two inter-departmental committees have been struck – chaired by your department – to move this process forward, with public consultations to begin this year.

I’d like to make three main points today about all of this.

First, I want to acknowledge that developing a cross-departmental and intergovernmental (including provinces and territories) approach to food policy will be difficult. Considering growing food insecurity, declining public trust in certain agricultural practices, the rise in obesity and the growing financial burden associated with diet-related chronic disease; it is tough to see how we can address these issues through a single set of policies. Still, I think there is an enormous amount of potential in this sphere that builds on some solid thinking and experience from civil society and industry actors. I encourage you to consult deeply on the options, actively supporting civil society organizations like Food Secure Canada to help in the process of consulting Canadians. This process will be of value in itself, encouraging citizens to see their government as listening, and through this alone raising public trust and engagement in Canada’s agri-food system.

Second, of the many good ideas that will come forward, I encourage you to focus on a few key win-wins in the first iteration of a food policy to show what an integrated approach can achieve. The example I want to highlight today is the idea of a National Healthy School Food Program. You might say that such a program is beyond your mandate or that it lies primarily in the realm of the provinces. I would argue that there is a huge opportunity here under the leadership of the federal government. A national healthy school food program would build on an existing patchwork of programs across the country, often at the level of school boards and municipalities, but it needs some national leadership to be truly universal. It should be cost-shared between the federal government, provincial governments, school boards, private sector donors and parents.

I should also emphasize that I am not talking about a charitable program that is asking farmers to donate food for the public good. A school food program should be built on direct partnerships between local farmers and local schools where possible. The farms would have featured ingredients on school menus and would host kids for farm tours. The model we could build on is that created by an organization called FoodShare in Toronto. In 2014, FoodShare bought $1million of produce directly from southern Ontario farms for its school food programs, thereby feeding meals to over 175,000 children (a third of all students in Toronto) while ensuring stable contracts paying fair prices to groups like the Norfolk Fruit Growers Association.

School food should be about more than simply ensuring children eat a healthy breakfast or lunch, it should be teaching them about how food is grown and raised, including efforts to increase the sustainability of that production (thus addressing issues of ‘social license’ in agriculture). Solid, healthy meals in schools (think Jamie Oliver, not the bland cafeteria food you or I grew up with), would help address food insecurity (the 12% of Canadians not getting enough to eat) but also take us a step towards addressing the growing obesity crisis and the growing cost of diet-related chronic diseases for our health care system. It would achieve this by encouraging youth to eat healthy foods, and giving them a hands-on education on how to prepare local foods themselves at schools like Wakefield Elementary and Pontiac High School in Shawville.

I could give you more examples of the types of programs and policies that could be written into a national food policy, but time doesn’t allow it. I do want to emphasize that through just this one example we could take steps towards addressing a variety of social and health challenges while creating new long-term markets for Canada’s farmers.

My final point is to encourage you to see that this is just one of many win-win possibilities that can come out of a co-governance approach between the feds, other levels of governments and other partners. To identify and act on other win-wins, I encourage the creation of a Canadian Food Policy Council. Food Policy Councils consist of representatives and stakeholders from all parts of the food system, including farmers of course. There are currently over two hundred councils doing creative work worldwide. Most advise municipal or (US) state governments. Canada’s experience with the National Round Table on Environment and Economy – a force for sustainable development in Canada until 2013 – shows the value of such an advisory body as a first step towards designing innovative solutions.”