Home / CCE Brokering / Food Secure Canada won a government contract and your community organization can too!

Food Secure Canada won a government contract and your community organization can too! 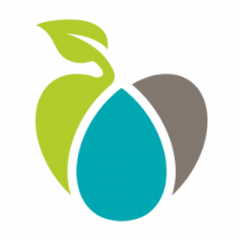 Back in February, you may have seen the announcement that Food Secure Canada (FSC) won a government contract to coordinate a Northern Food Systems Study funded by the Department of Indigenous and Northern Affairs Canada (INAC).

Typically, government contracts are given to academic institutions rather than community organizations, which makes this announcement stand out. We asked Amanda Wilson, Coordinator of Policy and Community-Academic Engagement for Food Secure Canada, what motivated them to respond to this call for proposals.

According to Wilson, there were a few reasons that drove FSC to bid on this contract.

©The Arctic Institute of Community-Based Research, 2017.

First, the research contract would help FSC further their work around Northern food insecurity, an issue they’ve worked on before as part of their Northern Food Network (FSC co-hosts this with the Arctic Institute of Community Based Research-AICBR).

“As a result of our work with CFICE, we’ve been thinking about, and reflecting on, how Food Secure Canada can broker and better support community-academic collaborations within the food movement and food sector,” says Wilson.

Through the contract, FSC has been able to coordinate a strong research team of Northern community organizations such as the Arctic Institute of Community Based Research, Ecology North and the Northern Farm Training Institute, and academics experienced in Northern and Sustainable Food Systems. 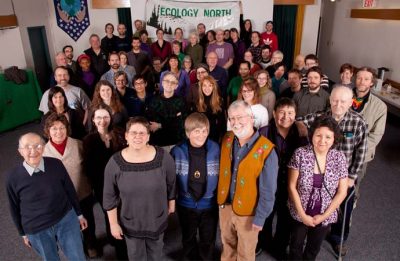 “FSC was in a unique position to coordinate this study in a way that would put the needs and perspectives of the community front and centre,” says Wilson.

Finally, the INAC project strongly aligned with FSC’s initiatives, one of which is “to build the capacity of the food movement to engage in public advocacy.” Since the contract had a strong focus on developing policy and program recommendations, it provided an opportunity for FSC’s academic research and analysis to be brought directly into the public policy and advocacy realm.

As mentioned before, a government granting this sort of contract to a community organization is not common. However, when FSC saw the evaluation criteria for the Call for Proposals, they felt they would be a great fit to carry out the study. 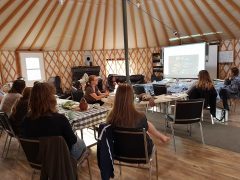 The proposal was geared to be evaluated on the basis of applicants’ academic orientation, which is common for government contracts. Wilson suggested that FSC’s proposal was attractive to INAC because, “we were able to put together an impressive academic team, while also proposing community-based research methods that would bring in the voices and perspectives of Northerners themselves.”

FSC shares tips for other community organizations to bid on contracts

When asked if other community organizations should try to take advantage of government Calls for Proposals, Wilson provided some helpful tips.

She highlighted that a major precondition for FSC being able to take advantage of this funding opportunity was their capacity to build and coordinate community-academic collaboration, specifically through their involvement in CFICE and the MITACS Postdoctoral funding. Wilson emphasized the importance of building strong, and mutually beneficial relationships with academics if you are interested in harnessing these opportunities.

Another key pre-condition to FSC being ideal for this funding was their strong relationships with organizational members and partners in the North.

“We didn’t want this to be another academic study where a bunch of academic researchers from the South did a bunch of research on the North,” Wilson explained. “We wanted to work with community organizations in the North to synthesize research reflecting their experiences as well as community knowledge and to co-develop policy and program recommendations to support their work moving forward.”

After hearing about Food Secure Canada’s successful response to this Call for Proposals, do you think your community organization will seek a government contract? Let us know in the comment section below!