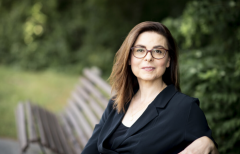 Dr. Birgit Hopfener is an art historian of contemporary art and theory in the global context. She is an Associate Professor in the School for the Study of Art and Culture at Carleton University, cross-appointed with the Institute for Comparative Studies in Literature, Art and Culture. Her research and teaching are situated in the field of critical global art history with a regional expertise in Chinese art.

As a scholar and human being, my  criticality has been shaped at the disciplinary interstices of art history, cultural theory, image studies (Bildwissenschaft) and Sinology, through engagements with different languages (German, English and Chinese) and different academic systems in Canada, China, Germany and Switzerland. In the wake of the current methodological crisis in the humanities, the increased awareness that universalized modern Western conceptual frameworks and unilinear narratives are too limited to grasp the complex knowledge and power structures of today’s (art) world, and fail to repair colonial and imperialist violence, my research relates and builds upon the discursive frameworks of “critical contemporaneity” and “situated knowledge” as a way to imagine how to relate to the world and each other (through art) otherwise, as co-evals and equals, beyond modern Western binaries and hierarchies.

The temporal diversity of our time.

For her tenure as the holder of the Ruth and Mark Phillips Professorship in Cultural Mediations, Dr. Hopfener invites ICSLAC students, faculty as well as other colleagues and friends to explore how scholarly writing, art and cultural artifacts engage with the temporal heterogeneity of our time, its socio-political, geo-political and historical conditions and in the multiplicity of temporal assumptions that shape us, art and knowledges.

The seminar and program of research engagement that I conceptualized relates to these research interests. To conceive of contemporary art as a critical and not a temporal/chronological category, I argue, is the necessary precondition to provincialize the Euro-American modern-postmodern narrative as the dominant framework of contemporary art. “Critical contemporaneity” means to conceive of contemporaneity as a “disjunctive unity of present times” (P. Osborne) and of contemporary art as constituted of and critically engaging with the temporal and spatial heterogeneity of today. In my work, I take the questions “what shapes contemporary art in the global context?” and “what other genealogies of art constitute contemporary art?” as the starting point to examine what multiple and transculturally entangled historiographies and epistemologies constitute art, and are operative through art’s various agents, institutions and concepts. I am particularly interested in how certain temporal assumptions (temporal regimes and historiographical models) generate and govern worlds, shape art, knowledges, subjects and disciplines respectively.

The Ruth and Mark Phillips Professorship in Cultural Mediations

The Ruth and Mark Phillips Professorship in Cultural Mediations is held on a rotating basis by an ICSLAC faculty member entrusted with making a leading contribution to the program. Building on an established record of interdisciplinary research, the Professorship holder creates synergies and engagement around a topic of specific relevance to the Cultural Mediations academic community. The Professorship revolves around the delivery of a special topic seminar enhanced throughout the academic year by a program of   events. It is named in honour of Ruth and Mark Phillips, two emeritus ICSLAC faculty members whose lasting contributions helped shape the Cultural Mediations program and the Institute as a whole as a thriving academic environment for interdisciplinary doctoral research. 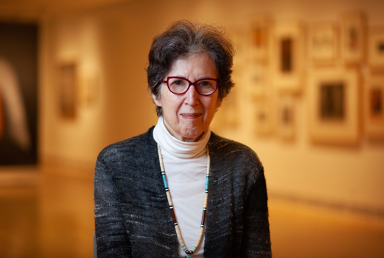 A renown scholar in the field of critical museology and an art historian who specializes in the Indigenous arts of North America, Professor Ruth Phillips was for many years the Canada Research Chair in Modern Culture at Carleton University (ICSLAC / School for the Study of Art and Culture). She is a fellow of the Royal Society of Canada and served as Director of the Museum of Anthropology at UBC, Vancouver. She was awarded the Lifetime Achievement Award of the American Anthropological Association’s Council for Museum Anthropology. 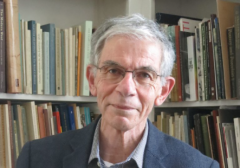 Professor Mark Salber Phillips is an historian of ideas whose scholarship focuses on questions of historical representation. Cross-appointed at Carleton with the Department of History and ICSLAC, he has been a visiting Professor at several prestigious universities, and has held many distinguished fellowships, including from the Guggenheim and the Yale Center for British Art. His publication On Historical Distance (Yale, 2013) was awarded the Canadian Historical Association’s Ferguson Prize.