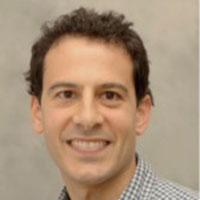 Philip Kaisary is an Associate Professor in the Department of Law & Legal Studies, and cross-appointed to the Department of English Language & Literature and the Institute for Comparative Studies in Literature, Art & Culture (ICSLAC). His research interests are informed by his multidisciplinary training, first in English and comparative literary studies and then in law and legal studies. These interests include: ‘Law, Culture, and the Humanities’; black diaspora studies; postcolonial studies; critical social theory, esp. Marxism and the Frankfurt School; capitalist modernity and modernism; rights theory and historiography. More specifically, to date, his research has interrogated the forms and values of legal, literary, and filmic texts generated by the histories of African descended peoples throughout the Atlantic world, with special reference to the Haitian Revolution.

Philip’s first book, The Haitian Revolution in the Literary Imagination: Radical Horizons, Conservative Constraints was published by the University of Virginia Press in 2014. It addresses the literary impact of the Haitian Revolution of 1791–1804 from the 1930s onward. Focusing on a corpus of literary texts and cultural works produced in the Caribbean, Latin America, Africa, the United States, and Britain, it examines how these primary materials recuperated the Haitian Revolution from its prior denouncement as unregenerate in proslavery propaganda.

Philip’s current research comprises two projects: The Haitian Revolution and Rights: Law, Liberation, Poetics, which considers the productive capacities and limitations of conceiving of the Haitian Revolution as an alternative, radical human rights project; and a comparative study of filmic representations of slavery, foregrounding examples drawn from the wider Caribbean and Latin America.

Philip taught previously in the School of Law at the University of Warwick where he was also an affiliated faculty member of the Centre for Caribbean Studies and Director of the Death Penalty Project in the Centre for Human Rights in Practice.

In 2015–16, Philip was a Fulbright Visiting Scholar at Vanderbilt University Law School and the Robert Penn Warren Center for the Humanities.