It takes a first cohort to start a longstanding tradition.

It all began with the Bachelor of Engineering (BEng) students who enrolled at Carleton in the fall of 1957. There were some 60 students that first applied to the four-year program but only 18 graduates would complete the program in May 1961 due to its high standards. Sixty years later, in 2017, enrollment would have increased by 25 times: 1,530 students were taking BEng courses.

Those BEng degrees handed out in 1961 were the first of thousands that would define 60 years of excellent engineering training that sets Carleton apart.

It was in 1945 that full-time faculty began to teach day classes at Carleton. There were engineering classes offered in a two-year certificate program which sent the students on to another university like McGill, Queen’s or the University of Toronto to complete a BEng. 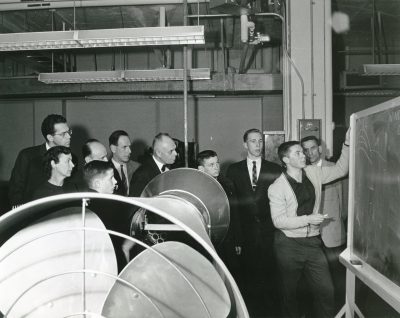 Engineering student demonstrates the use of a wind tunnel for detecting flutter in aircraft wing and tail assemblies in 1961. (Photo courtesy Archives and Research Collections, Carleton Library)

The School of Engineering, which was founded in 1957, changed all that. The class of ’61 was offered a four-year course that began with solid background in the fundamentals of engineering and culminated with the fourth-year option to specialize in either Engineering Physics, Civil, Mechanical or Electrical Engineering.

Ottawa’s Ronald J. Catterall was one of four students to receive a Carleton BEng in Electronics Engineering on May 26. Catterall and his classmates began their studies at 268 First Ave., when Carleton was in the Glebe. The move to its very own campus two years later offered the engineering students a chance to study and even work on installing equipment in the engineering building.

“My training at Carleton taught me to work on almost anything, everything from electrical to mechanical,” says Catterall, who was a project engineer for most of his career.

From 1957 onward, all of Carleton’s department rapidly expanded. Two years after the first BEng cohort graduated, in 1963, the Faculty of Engineering was established and grew under Dean John Ruptash, who was the School’s director since 1959. 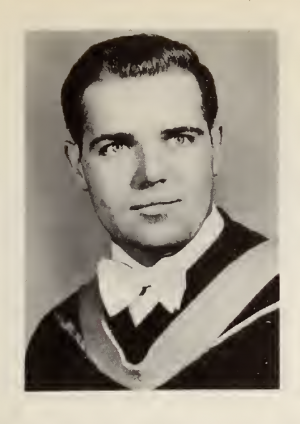 Even 50 years later, this growth was built on the work that Ruptash, the Faculty’s first Dean, and his faculty staff had put in to hire expert professors and to acquire specialized engineering facilities for their students.

Even during the era of slide rulers and hand calculations, the education was considered quite hands on.

On Saturday, Oct. 25 in 1958, a natural gas explosion ripped through 248 Slater St. breaking windows from Sparks to Somerset. The elegant Capital Theatre had its rear wall destroyed. Carleton engineering professors had their students go to the site once it was safe and map it to assess the damage.

“We had very good teachers in our courses. They were very practical,” says Catterall. “They were from companies and were really current in their knowledge.”

“The teachers were excellent,” says John H. McCalla, another BEng ’61.

“They certainly did a damn good job of educating.” 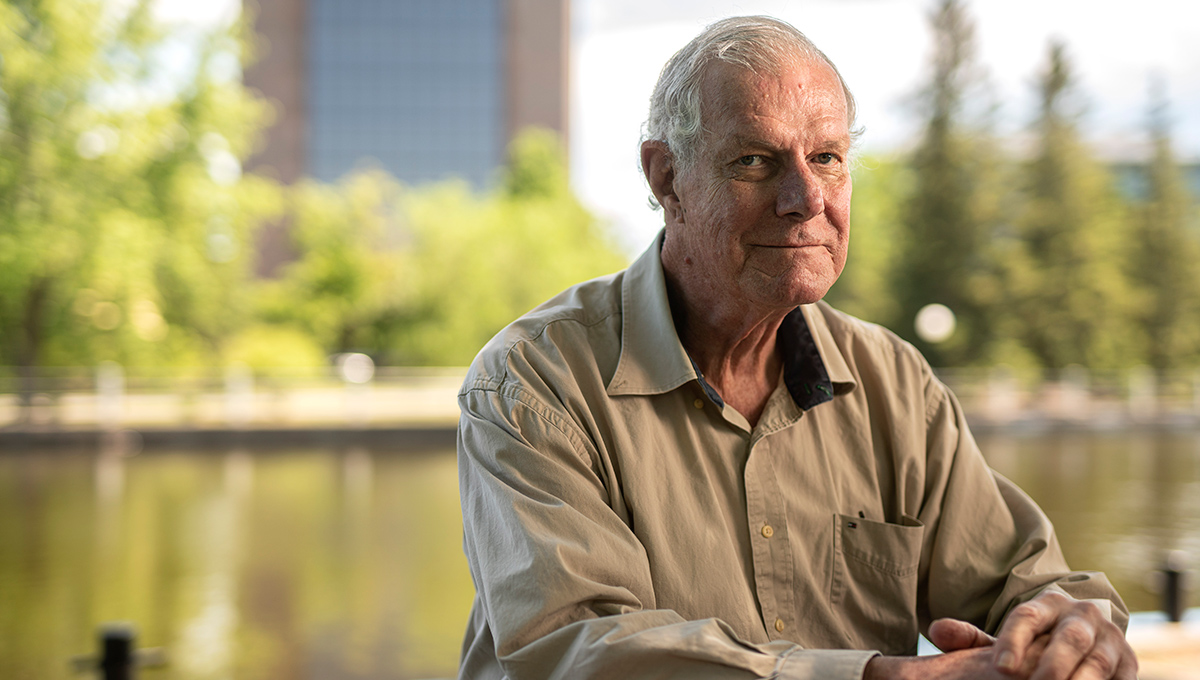 McCalla, whose father was a wing commander in the Air Force, grew up all over Canada. When his father retired to Ottawa, the BEng program beginning at Carleton seemed like a right fit. Still, he decided last minute to become an engineer: “I originally wanted to study history, but I discussed with my brothers, and it came to me that it would be better to be in engineering.”

When he graduated in 1961, McCalla completed a two-year Athlone Fellowship in England. He would go on to become a structural engineer at JL Richards & Associates where he would eventually join the board of directors and be made partner. In 1975, McCalla co-founded Oliver, Mangione & McCalla and Associates with two of his fellow engineers. It was sold to Trow Consulting in 1998, and McCalla retired from the business.

“My last year at Carleton, they gave us a few little hints that computers were going to replace slide rulers,” he says. “The slide ruler was the tool of the day and some people hated the idea of computers. I was looking forward to it. When you’re running a business, computers are absolutely essential.” 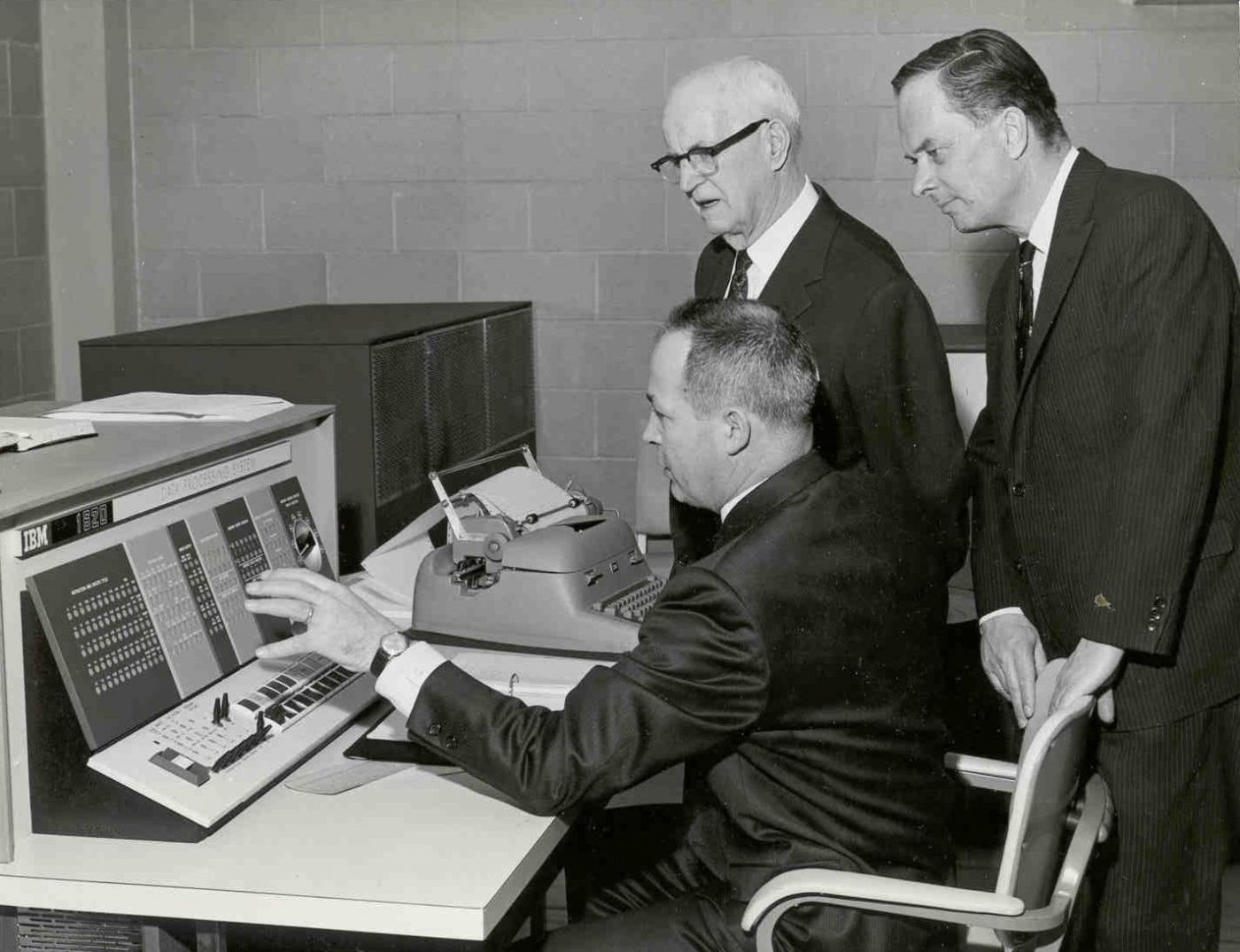 Dean of Engineering, Professor John Ruptash, explains the operation of the computer to President Davidson Dunton and Chancellor C.J. Mackenzie during the formal opening of the C.J. Mackenzie Building in 1965. (Photo courtesy Archives and Research Collections, Carleton Library)

Catterall would then work at Computing Devices, one of the first high tech company companies in Canada. Based in Bell’s Corners, the company created advanced compact digital electronics and computers for military applications such as submarine detection technology, location of enemy fire detection and heads up displays for pilots.

Ron counts as one of his successes at Carleton meeting his wife Marlene (Petzold) Catterall (BA ’61). He remembers first noticing her in Prof. Hart’s Saturday morning physics class.

Both BEng graduates still remember getting their iron rings upon graduation as a moving ceremony.

“After four years, to get recognized as an engineer, it was a big moment,” says Catterall. “It was very moving; it was like getting married.” 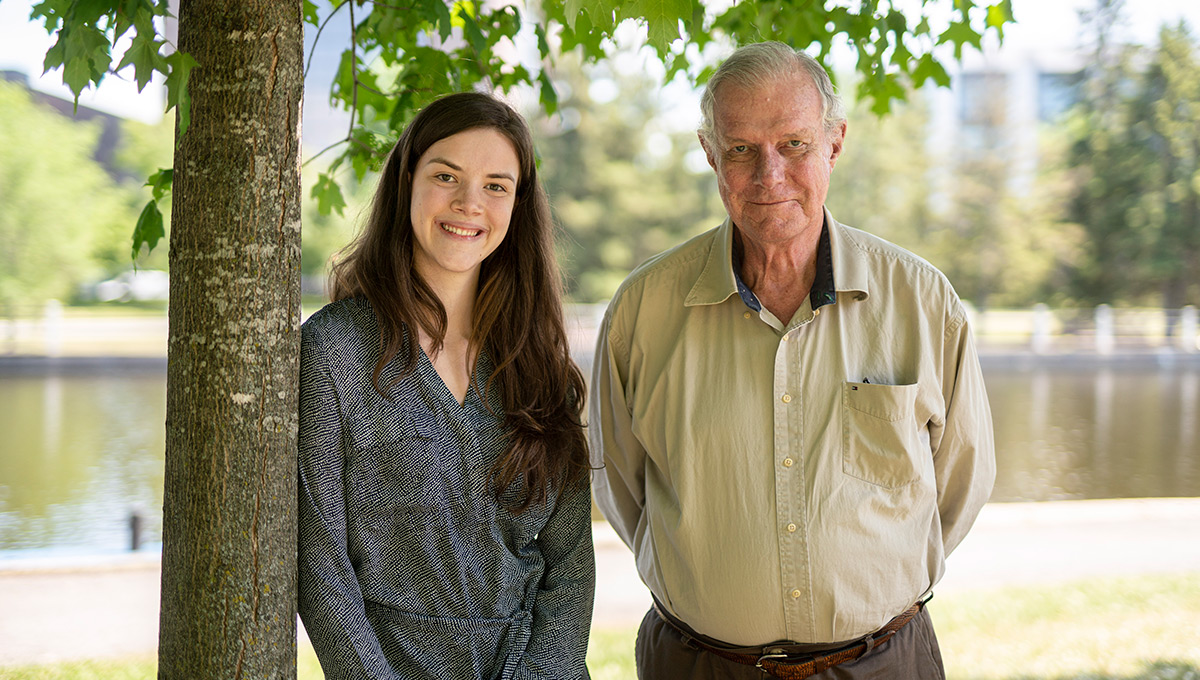 “We are certainly very proud of her. Margot is looking forward to fulfilling her chosen field of engineering and we all wish her the best of her career.” 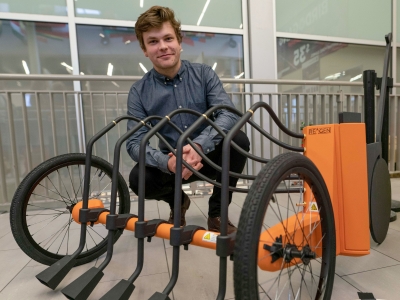 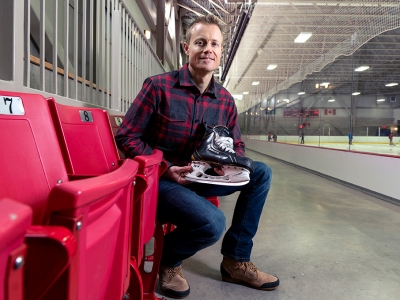 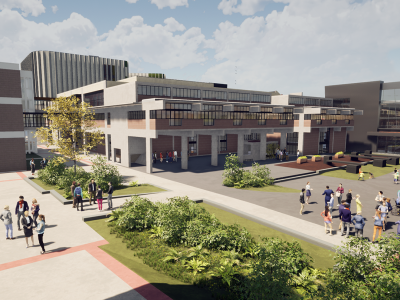 Professor Stephen Fai knew that the global switch to an online world amid a pandemic was an opportunity for innovation at Carleton University. As Director of the Carleton Immersive Media Studio (CIMS), Fai leads a... More 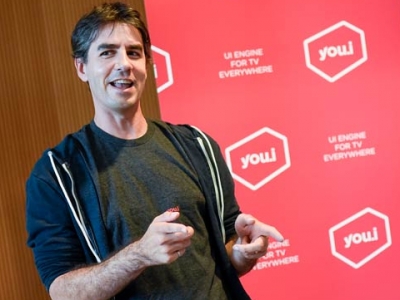 Looking at the world around us, it’s not hard to spot the influence that information technologies have on our daily lives. From the smartphones in our pockets to the entertainment we consume – even the... More