Congratulations to ALL our 2020 SSAC Grads! 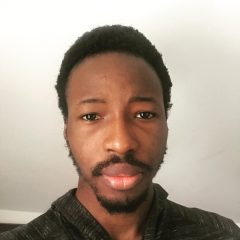 These past four years have been filled with a constant flow of knowledge and new ways of thinking. I have learnt about different ways of analyzing films as well as watching films that tackle issues in creative ways. My time as a student of the BA Film Studies program has shown me the human desire to create, understand and interpret the world. It is this spirit of creativity and curiosity that has led to the creation of a plethora of different films in the span of a century. I wish to carry on this tradition of storytelling by keeping the fire of creativity and curiosity alive through films of my own. My journey is just beginning. 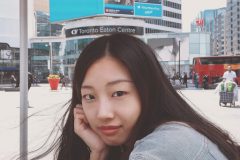 Thanks to all my friends, it has been an amazing four years with you in Carleton!

I had a great experience in the film studies program. I have always had of love of film, but since the first year, I have been exposed to a wide variety of films from different genres, countries, and languages which have helped me appreciate that cinema is an international language used to express one’s self. Sure, writing numerous essays wasn’t my first choice of how I’d spend my weekends, but it encouraged me to look beyond the surface and gain a deeper understanding.

As I aspire to become a professional film director, I look back at my time at Carleton with fondness and appreciation. The St Patrick’s building became a home away from home, and several of my classmates became friends/ future collaborations. I’m excited for what the future holds. 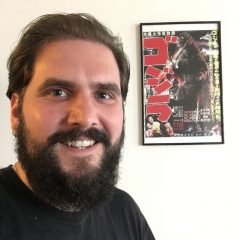 When I started the MA program at the Department of Film Studies, I initially wanted to answer the question of how popular films, particularly those in the Godzilla series, reflect contemporary fears of climate change and environmental disaster. But over the course of writing my major research paper, I was encouraged to dig deeper and ask more intensive questions that encompassed topics like realism in film, its relationship with symbolism, and digital effects. This process was incredibly challenging, but in the end was also incredibly rewarding.

Throughout my time at Carleton University, I found the department faculty to be nothing but supportive as I looked at monster movies through an academic lens, and I value all of the friendships I made within my cohort—especially with the regulars at our weekly Carleton Cine-Club screenings. The community I found here made moving to a new city across the country a breeze. Thank you for two great years! 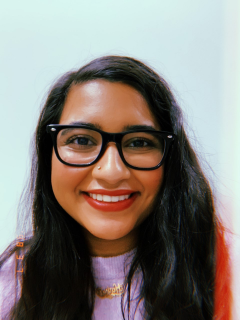 The past four years of my experience at Carleton University have had MANY downs but it also has had a few ups as well. Despite all of the difficulty I have faced throughout the years, it is a HUGE accomplishment to finally graduate. I have made many friends throughout the years who have been so helpful, for which I am really grateful for. I am also grateful for the encouragement and support I have received from my family as well. To my two older sisters, who have had my back no matter what, who have given me the best advice and their continued comfort. As well as my parents, who have been beyond supportive and loving. And to my best friends, thank you for always cheering me on even when I wanted to give up many times throughout the years. I could not have graduated with a sane mind without the continued love and support from the people around me. Finally, I would like to thank a few of my professors throughout the years who have provided a lot of guidance during some of my most difficult times, whether it be about an essay or a personal struggle. To all my fellow graduates, I wish you all the best in your future endeavours and be sure to always take care of yourself.