Home / About / In Memoriam 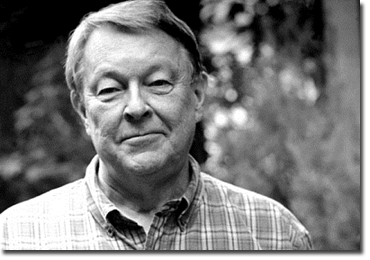 Peter Harcourt  In honour of Professor Peter Harcourt, who passed away on July 3, 2014, Carleton’s Film Studies faculty, staff and students would like to pay tribute to his career as a pioneer of the study of film in Canada and acknowledge his contribution to our program.

Peter came to Carleton in 1978 barely two years after the program was established. He brought with him the experience he acquired while working at the education department of the British Film Institute in London (England) from 1962 to 1965 and creating the first Film Studies program in Canada at Queen’s University in 1967. In addition to developing an undergraduate and a graduate level course in Canadian and Quebec cinema, Peter was instrumental in expanding the curriculum and consolidating the program’s position both inside and outside the University. He played an important role in bringing directors like Peter Watkins to Carleton and before his retirement in 1996, he facilitated the donation of a vast collection of 16 mm prints from the National Film of Canada to the University.

As a commentator and film critic he actively intervened in debates about Canadian and Quebec filmmaking practices and as a founding member of the Film Studies Association of Canada, he promoted the cultural and educational value of cinema. But first and foremost, Peter was an avid and attentive moviegoer, teacher and advocate for film. He expressed his curiosity and love for cinema by encouraging students to discover the pleasures and intellectual rewards of watching and talking about film, and endorsing the work of individual directors through his writing and programming activities, including the retrospective of Jean Pierre Lefebvre’s work held in Ottawa under the auspices of the Canadian Film Institute, as well as the special programs on Max Ophuls and Jean-Luc Godard at the Toronto International Film Festival.

In terms of his publications, Peter’s bibliography consists of numerous articles, reviews and chapters on Canadian, Quebec and international that appeared in Queen’s Quarterly, The Canadian Forum, Film Comment, Cinema Canada, CineAction, 24 Images, Canadian Journal of Film Studies and Take One and in several anthologies on Canadian film. Moreover, he is the author of Film Making in Schools and Colleges (1966; with Peter Theobald, BFI), Six European Directors: Speculations on the Meaning of Film Style (1974; essays on Ingmar Bergman, Luis Buuel, Frederico Fellini, Jean-Luc Godard, Jean Renoir, and Sergei Eisenstein), Movies and Mythologies: Towards a National Cinema (1977; compiled from an 8-part CBC Radio series), Jean Pierre Lefebvre (1981), Cinema Québec: A Distinctly Cultural Voice (1983), the autobiographical A Canadian Journey: Conversations with Time (1994), and Jean Pierre Lefebvre Vidéaste (2001).

Peter’s accomplishments and influence were recognized in a festschrift (a collection of essays by former students and colleagues written in his honour) entitled Responses: In Honour of Peter Harcourt published in 1992 and the awarding of the Order of Canada in 2005.

His keen insights, cogent rhetoric and robust opinions about Canadian film and cinema in general will be sorely missed not only by his colleagues at Carleton but by everyone who cares about cinema in this country. 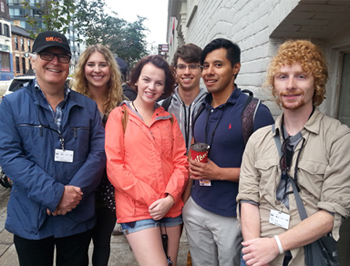 Alan Nymark was completing his MA in Film Studies at Carleton University when he passed away in the summer of 2016 after a brief illness. Alan came to Carleton after a very successful career in government, serving as Deputy Minister in several federal departments. In his retirement, Alan decided to undertake the serious study of cinema, and enrolled in the Film Studies BA at Carleton. He excelled in the program, and very quickly made many friends among his fellow students and the Film Studies faculty. He was accepted to the MA program, and had almost completed the degree before he fell ill. While pursuing his degrees in Film Studies, he was involved in many other activities, including serving on the Steering Committee of Sustainable Prosperity, a policy and research think tank focused on making markets work for the environment. He was a passionate environmentalist, and was working on an MA thesis on environmental documentary cinema. Alan will be missed by everyone here in the Film Studies program, and in the School for Studies in Art and Culture. An obituary, describing his many accomplishments, can be found here. Donations will be accepted in his name to Sustainable Prosperity. 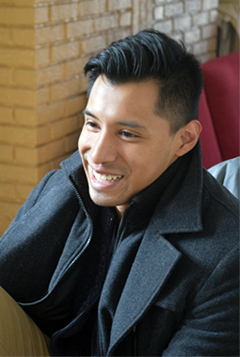 Adrian Sheppard, a student in the Carleton University Film Studies MA program, passed away in a tragic accident. Adrian was a young man full of promise, with a passion for the cinema, and a thirst for knowledge. He was a much-loved member the Film Studies community at Carleton, and he will be missed by all of us. In his time in our program, as both an undergraduate and a graduate student, he made many friends, and excelled as a student. He was always working hard, contributing to discussions in class, talking to friends and professors about film and art, and participating in many extra-curricular activities. Adrian’s energy, his enthusiasm, and his genuine intellectual curiosity, touched everyone he met here. A memorial award in Adrian’s name will be established by the Film Studies program. Anyone with inquiries about the award may contact the Assistant Director of Film Studies, Prof. Marc Furstenau, at marc.furstenau@carleton.ca