Bachelor of Global and International Studies in French and Francophone Studies

Bachelor of Global and International Studies in French and Francophone Studies 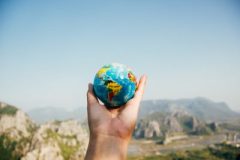 From Europe to the Americas, Asia, the Middle East, Africa, and the South Pacific, French colonial expansion has effectively ‘exported’ the French language to different regions around the world. French is spoken on all five continents, making it the 6th most spoken language in the world, with more than 220 million speakers. It’s worth noting that in about 30 years, this figure could more than triple. This common language has become a space of cultural, political, economic, educational, and professional exchanges, in part led by the creation of La Francophonie, a formally recognized international organization. The BGInS Specialization in French and Francophone Studies will introduce students to the wide-ranging cultural and linguistic diversity that characterizes the francophone world, through a study of its literatures and linguistic variation.

In this Specialization, students will develop and refine their French language skills as well as their critical analysis skills, which will allow them to better understand and appreciate the heterogeneity of those communities in the world who speak French either as their native language or a language of communication. Students will be introduced to the literatures being produced in some of these communities, fostering an understanding and sensitivity to diverse literary and story-telling traditions as well as to the use of French as it encounters other languages. French literature will also be studied, as it is often a backdrop to the literatures from other parts of the world. Linguistic diversity as it is observed throughout la francophonie will also be examined through the study of sociolinguistics and historical linguistics. Students will develop an awareness and understanding of issues such as the formation of creoles, bilingualism, the effects of contact between different dialects and different languages through the study of concrete examples.

This Specialization will be of particular interest to students who are seeking careers that require knowledge of and sensitivity to cultural and linguistic diversity, as well as a deep understanding of phenomena related to regionalization, decolonization, migration, and diaspora.

The Department of French offers the following B.G.In.S. options:

Specialization in French and Francophone Studies within the Bachelor of Global and International Studies (B.G.In.S.) Honours

Stream in French and Francophone Studies within the General Bachelor of Global and International Studies (B.G.In.S.) General