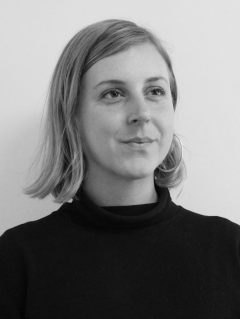 Working in academic, arts and trades contexts, Alison has is interested in interdisciplinary expressions of the relationship between the cultural and physical landscape. She is interested in the built form as evidence of social processes and intrigued by structures on all scales.

In addition to a BA Hon in Contemporary Studies, Development Studies and Urban Design from Dalhousie University in 2010, Alison also holds a certificate in Advanced Woodworking from Humber College in 2013.

Currently Alison is pursuing a Masters in the Heritage Conservation stream here in the School of Indigenous and Canadian Studies; her current research explores the legacy of demolition waste within Canadian cities. 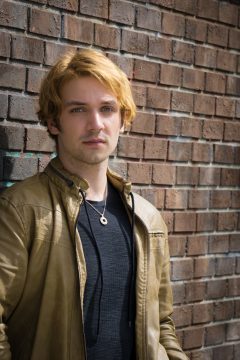 Casey is a second year MA student in SICS, studying heritage conservation, and part of ICSLAC’s Curatorial Studies graduate diploma program. Before coming to Carleton he completed a BA in anthropology and archaeology as well as a certificate of liberal arts at Simon Fraser University in Vancouver, BC.

His previous research as an undergraduate student and as a research assistant have included: death, dying and end of life care; cemeteries and cemetery staff; public street performance; performance and ethics; and qualitative research methods and research ethics.

Here in SICS his research examines how the cemeteries that house the migrant labourers of the Rideau Canal fit into the greater heritage narrative of the canal in Canada. He has presented at conferences on various topics related to heritage and performance including The Society for Applied Anthropology (Vancouver, 2016), the Canada Research Chair for Built Heritage Round Table (Montreal, 2017), the Carleton Graduate Heritage Symposium (Ottawa, 2017) and the British Columbia Studies Annual Conference (Nanaimo, 2017). 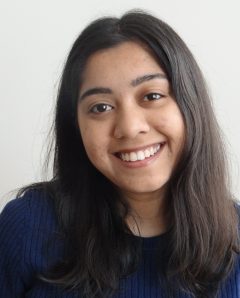 Sampoorna is a fourth-year honours B.A. student in History and Theory of Architecture and the chair for Ottawa’s Emerging Green Professionals chapter. Having been brought up partly in Kolkata, India, and partly in Toronto, her interest and knowledge in heritage and building conservation is supported through contrasting environments and broad perspectives.

Having worked for several environmental non-profits in Ottawa, she has advocated for the conservation of historic buildings as a means for sustainability.

She is currently, through her practicum work with the National Trust for Canada, exploring the issues and practices of rural heritage conservation in Canada.