The Storyteller Shares His Story 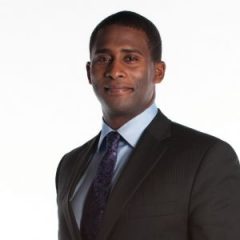 Adrian’s talk will focus on the value and power of storytelling as a means of building empathy, expanding our ways of seeing and enlarging our humanity; the value of community and how resiliency is enhanced by cultivating strong community bonds; the value of intervening and becoming implicated and engaged in the spaces we occupy.

Adrian Harewood is a journalist, an Associate Professor at Carleton University and co-anchor of CBC News Ottawa at 6. He is also host of the weekly Ottawa cultural magazine show Our Ottawa. He is the former host of CBC Radio Ottawa’s All In A Day and has been a guest host on local programs like Metro Morning (CBC Toronto), Here and Now (CBC Toronto) and Ontario Today. He has hosted national programs such as As it Happens, The House,  Sounds Like Canada, Counterspin, Hot Type, Spin Off, The Current, Power & Politics and contributed documentaries to shows like The Arts Tonight. He was host of The Actors, Literati, Playwrights & Screenwriters and The Directors as seen on BRAVO and PBS. During the 2010 FIFA World Cup he was network host of CBC Radio’s FIFA World Cup Today show. Adrian was the recipient of the 2020 Canadian Screen Award for Best Local News Anchor. He spent over a decade as a programmer at four campus/community radio stations. Adrian is on the Board of Directors for Journalists for Human Rights (JHR), the Editorial Board of the University of Ottawa Press, is a member of the Canadian Association of Black Journalists (CABJ) and the Canadian Association of Journalists (CAJ). He has a BA in Political Science from McGill University, and MA in History from Carleton University.