Does the EU Still Matter? 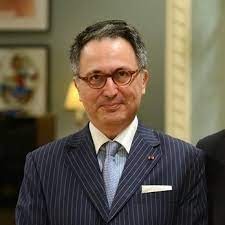 Join us for a talk with Dr. Raoul Delcorde, Visiting Ambassador at the Norman Paterson School of International Affairs regarding the EU.

Dr. Raoul Delcorde joined the Belgian diplomatic service in 1986 and retired from the foreign service in April 2020 with the title of honorary ambassador. During a long and distinguished career, he was posted to Islamabad, New York UN, Vienna OSCE, Washington DC (as minister-counselor), and served as Ambassador to Sweden (2003-07), to Poland (May 2010 – August 2014) and to Canada (2014-18). He was also the Deputy Director General for multilateral affairs, was promoted to the rank of minister plenipotentiary (1st class), and lately director Middle-East/North Africa at the Belgian Ministry of Foreign Affairs. Dr. Delcorde has been a Guest Professor at the Institut d’Etudes Européennes of the Université Catholique de Louvain (from 2007 onwards). He holds a Ph.D. in Political Science and is the author of seven books and several articles on international affairs. He is also a Member of the Belgian Royal Academy (Académie Royale de Belgique) and the Académie des sciences d’outre-mer in France, and a Member of the Advisory Board of Vocal Europe.