Home / The History of NPSIA

The History of NPSIA

The Norman Paterson School of International Affairs (NPSIA) is Canada’s oldest graduate school of international affairs. Its creation was announced in February 1965 by President Davidson Dunton after a generous donation of $400,000 from Senator Norman Paterson, a Canadian businessman and politician who had made his fortune in the grain and shipping business. At the time, Senator Paterson was also a member of Carleton University’s Board of Governors. The School was established and welcomed its first group of students a year later in September 1966. 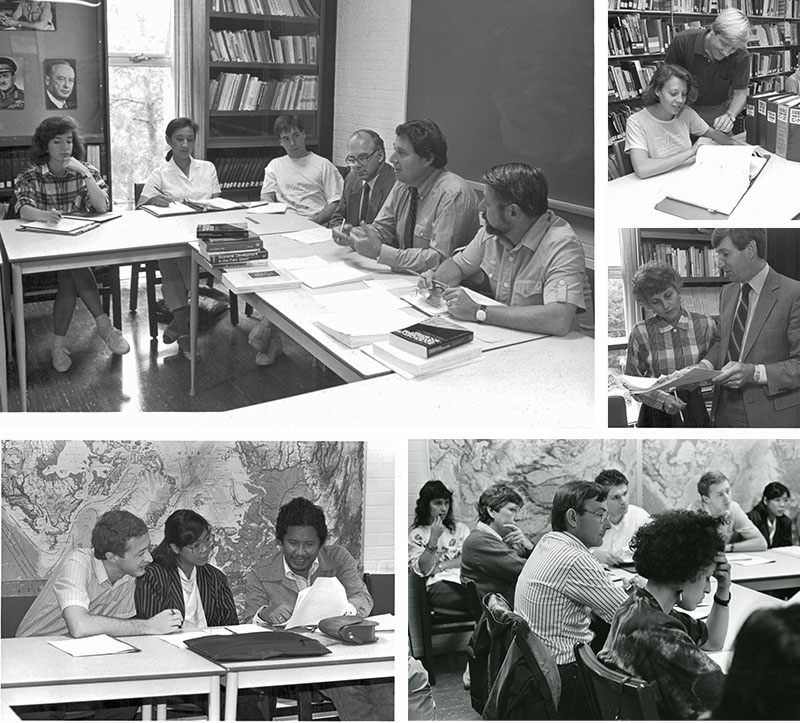 Known initially as the School of International Affairs, the School was renamed in 1974 to honour its main financial benefactor, Senator Paterson. Paterson Hall, located in the centre of the Carleton University campus, and where the School used to be housed, is also named after him. The School’s first director was Norman Robertson, a distinguished public servant and diplomat. Former Canadian Prime Minister Lester B. Pearson lectured at the School shortly after his retirement from politics while writing his memoirs and serving as Chancellor of the University, until he died in 1972. The current Director of the School is Yiagadeesen (Teddy) Samy, who succeeded Dane Rowlands in 2017.

NPSIA’s flagship publication, Canada Among Nations, was first published in 1984, and continues to be an important reference for an assessment of Canada’s foreign policy, or for examining specific aspects of Canadian foreign policy. The School has also been publishing the peer-reviewed Canadian Foreign Policy Journal since 1993. Graduates of the School have gone on to occupy key positions in the public, private and not-for-profit sectors over the years. As a result of continued growth in its MA program, the School moved from Paterson Hall to Dunton Tower in 2003, and then to the new River Building (renamed Richcraft Hall) in 2012. In addition to its MA and MA/JD programs, a PhD Program was created in 2006.

An interdisciplinary approach to the study and teaching of international affairs, a group of dedicated faculty and its location in the national capital, have allowed NPSIA to develop a world class reputation in the more than 50 years of its existence.