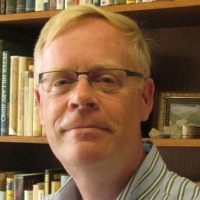 Alan Barnes was an analyst and a manager of analysts in the Canadian intelligence community for over 25 years. After serving as an officer in the Armoured Corps in Canada and Germany, he transferred to the Canadian Forces Intelligence Branch in 1987, where he worked in the Directorate of Defence Intelligence and the National Defence Intelligence Centre. Upon leaving the military in 1992 he joined the Political Intelligence Division of the Department of Foreign Affairs and International Trade as a Middle East analyst. Mr. Barnes moved to the Intelligence Assessment Secretariat (IAS) of the Privy Council Office when that organization was formed in 1993. He was the Director of the IAS Middle East and Africa Division from 1995 until his retirement in 2011. Mr. Barnes led the IAS analytic response to a range of international crises, including the 1996 Zaire crisis, the 1998 Iraq crisis, 9/11, the 2003 Iraq War, the 2006 Israel-Hizballah conflict, and the 2011 Arab Spring (including the war in Libya).

Mr. Barnes played a key role in the IAS’s efforts to improve analytical tradecraft and in the training of new analysts. He has received two PCO Merit Awards, including for his analytical leadership during the 9/11 crisis. In 2012, he was the first recipient of the Canadian Association of Professional Intelligence Analysts (CAPIA) Award for Distinguished Career Achievement. Since his retirement Mr. Barnes has continued his work on issues related to intelligence assessment, with interests focusing on analytical methodologies, evaluation of the accuracy of intelligence assessments and intelligence/policy links. He is currently researching the history of strategic intelligence in Canada since 1945 and is Project Co-Leader of the Canadian Foreign Intelligence History Project. Mr. Barnes has a BA in history from the Royal Military College, Kingston and an MA in history from the University of Toronto.