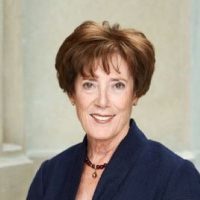 As Director of the Carleton Initiative for Parliamentary and Diplomatic Engagement, Maureen provides outreach and policy orientation to parliamentarians and diplomats for Carleton University. In addition to the orientation provided to newly-elected Members of Parliament following the 2011, 2015 and 2019 elections, she provides an annual orientation to newly-arrived foreign diplomats to Canada and has organized more than 35 policy events for both communities. She is also a Fellow at the Canadian Global Affairs Institute.

Having lived in Vancouver, New York, Hong Kong, Ottawa, Los Angeles and Washington, Maureen has worked in politics, the media, at Rideau Hall and in government, including as a senior political staffer, national political and current affairs reporter and host for television news, communications advisor and public policy analyst.

She is Chair of the Parliamentary Centre, a nonprofit organization that has worked in more than 70 countries supporting legislatures to better serve their citizens.

As chair of the national nonprofit organization HIPPY Canada, she led its transition to the Mothers Matter Centre and is now its founding and past chair.

In 2012, she was awarded the Queen Elizabeth II Diamond Jubilee medal and Ontario’s Leading Women Building Communities Award in 2016. Maureen has a Master of Science in Journalism from Columbia University in New York and an Honours B.A. in Political Science from the University of British Columbia.