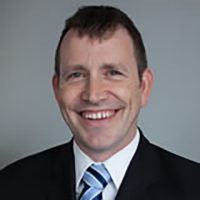 Professor Penny joined the NPSIA faculty in July 2004 as Assistant Professor of International Affairs.  Prior to joining the full-time faculty, he taught as a sessional lecturer at NPSIA as well as at the University of Ottawa Faculty of Law (where he also coordinated the International Law program).  Professor Penny is a member in good standing of the Law Society of Upper Canada.  In addition to his position at NPSIA, he is also a reserve legal officer (Army Lieutenant-Colonel) with the Canadian Forces, serving in the Directorate of International and Operational Law in the Office of the Judge Advocate General.

Professor Penny has focused his research at NPSIA primarily on the content and role of international legal principles governing the use of force (in particular the law of armed conflict), and has published numerous journal articles and book chapters in the field, along with two related edited volumes.

In addition to his academic work, Professor Penny also has substantial practical experience with the development and application of international law in this field.  He has participated as a member of the Canadian government delegation to numerous multilateral treaty negotiations, both within and outside of the United Nations framework, and has also provided legal advice in operational military environments relating to NATO operations in Afghanistan and Libya (where he served as the personal legal advisor to the operational commander).

In 2010, Professor Penny was awarded the Meritorious Service Medal (Military Division) by the Governor-General of Canada in recognition of his contribution to the negotiation of the Convention on Cluster Munitions.