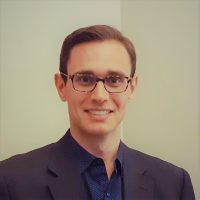 Dani Belo is a teacher and scholar of international relations specializing in conflict management and security. He is an Assistant Professor of International Relations at Webster University in St. Louis, MO, USA. His research focuses on gray-zone conflicts, non-state actors in hybrid warfare, transatlantic security, grand strategy of middle powers, the evolution of NATO–Russia relations, ethnic conflicts, and nationalism in the post-Soviet region. Dani also served as an analyst for the Government of Canada. His research on unconventional conflicts was featured at the U.S Army Judge Advocate General’s Legal Center and School, the Royal Military College of Canada, University of Pennsylvania Law School Center for Ethics and the Rule of Law, Columbia University Harriman Institute, the Global Centre for Pluralism (Ottawa), and the European Commission. Several of his publications and presentations were used to inform international policy development at the U.S State Department and Global Affairs Canada in relation to the conflict in Ukraine. His publications, among others, include “Non-State Actors and Conflict Management in an Era of Gray-zone Conflict” in The Routledge Handbook of Peace, Security, and Development (Ed. Hampson et al.); “Conflict in the Absence of War: A Comparative Analysis of China and Russia Engagement in Gray Zone Conflicts” in the Canadian Foreign Policy Journal (CFPJ); “Gray Zone Media­tion in the Ukraine Crisis: Comparing Crimea and Donbas” in the Handbook on Mediating International Crises (Ed. Wilkenfeld et al.); and “War’s Future: The Risks and Rewards of Gray Zone Conflict and Hybrid Warfare” for the Canadian Global Affairs Institute (CGAI).