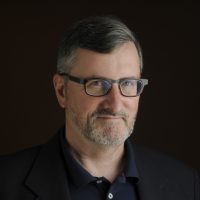 Professor Hampson served as Director of the Global Commission on Internet Governance (GCIG) and is the President of the World Refugee & Migration Council.

Professor Hampson holds a Ph.D. from Harvard University where he also received his A.M. degree. He also holds an MSc. (Econ.) degree (with distinction) from the London School of Economics and a B.A. (Hon.) from the University of Toronto. A Fellow of the Royal Society of Canada, he is the author or co-author of 15 books and editor or co-editor of 32 other volumes. In addition, he has written more than 100 articles and book chapters on international affairs. His most recent books are The Two Michaels: Innocent Canadian Captives and High Stakes Espionage in the US-China Cyber War, Braver Canada: Shaping Our Destiny in a Precarious World and Diplomacy and the Future of World Order.

He is the recipient of several major awards, including the 2018 Distinguished Peace Scholar Award from the International Studies Association, the 2022 Distinguished Scholar Award of the Canada section of the International Studies Association (which is awarded every two years), a research and writing award from the John D. and Catherine T. MacArthur Foundation and a Jennings Randolph Peace Fellowship from the United States Institute of Peace.