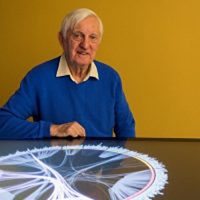 Biography
Dr. D. R. Fraser Taylor is the Chancellor’s Distinguished Research Professor of International Affairs, Geography and Environmental Studies, and Director of the Geomatics and Cartographic Research Centre at Carleton University, Ottawa, Canada. He is recipient of the Killam Prize for the Social Sciences, Canada’s highest academic honour (2014), which was accompanied by an award in the amount of $100,000; the Carl Mannerfelt Gold Award, the International Cartographic Association’s most prestigious acknowledgement and first presentation to a Canadian (2013); and the 3M/Royal Canadian Geographic Society Award for Environmental Innovation (2012). In 2008 he was elected a Fellow of the Royal Society of Canada. Dr. Taylor is active in geospatial information management research and is a member of the United Nations Expert Group on Global Geospatial Information Management. He was President of the International Cartographic Association for two four-year terms, President of the International Union for Surveys and Mapping, and Chair the International Steering Committee for Global Mapping for a decade. He was Secretary-Treasurer of the Canadian Association of African Studies for fifteen years and received an Honorary Life Membership in the Association for his services to African scholarship.

Research Interests
Professor Taylor’s main research interests lie in the application of geospatial information management to the analysis of key socio-economic problems in a national and international context and the presentation of the results in innovative new cartographic forms. He introduced and continues to develop the new paradigm of cybercartography. His interests in cartography and international development issues are often inter-related. He has extensive field experience in developing nations, especially in Africa; this includes a six-year period as an education officer in rural Kenya where he completed his Ph.D. thesis on Rural Development in Muranga District. His research interests in this area include development studies with special reference to Africa, China and Latin America; regional and rural development theory and practice, sustainable development and Indigenous development strategies; technology transfer in the field of geomatics; Canada’s international policies in overseas development assistance; and technology transfer.

Current research is focused on the use of cybercartography and the innovative NUNALIIT cybercartographic data management platform to produce a series of atlases on a wide variety of topics, especially in cooperation with Indigenous communities. This includes exploring a range of issues dealing with Traditional Knowledge, including legal and ethical considerations. Dr. Taylor has received over $14 million in research funding for this work from a variety of sources including SSHRC, CFI, CEC-NAPECA, INAC, the Ontario Research Fund, The Ontario Brain Institute, the Government of Nunavut, and a number of Northern Communities and Organizations including Inuit Tapiriit Kanatami, Kitikmeot Heritage Society, Clyde River, Sahtu and Gwich’in. This support is ongoing and current funded projects include:

Many new projects are under development in this new domain of Cybercartography.