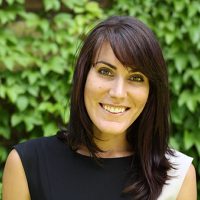 Leah practices, studies and publishes in the field of national security law. She is currently an SJD Candidate at the University of Toronto Faculty of Law where her research explores the application of criminal, constitutional and international law to state conduct in cyberspace. Leah regularly lectures and engages with the media on her areas of research interest, and she is actively involved in the organization of the Canadian National Rounds of the Phillip C Jessup International Law Moot. She is also a founding editor of the Intrepid Blog (intrepidpodcast.com).

Leah previously served as Counsel with the Department of Justice in the National Security Litigation and Advisory Group where she appeared before the Federal Court in designated proceedings and the Security Intelligence Review Committee.  Before being called to the Ontario Bar in 2016, Leah clerked for the Honourable Justice Mosley of the Federal Court of Canada. Prior to attending law school, Leah served in the Canadian Armed Forces for ten years as an Armoured Officer; she deployed to Afghanistan in 2010.