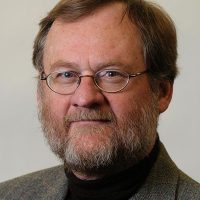 Michael Hart retired in 2015 from Carleton University where he held the Simon Reisman chair in trade policy at the Norman Paterson School of International Affairs.

Michael Hart was the first holder of the Simon Reisman Chair in Trade Policy. Mr. Hart is the author and editor of a number of books and articles on Canadian trade policy, among them Fifty Years of Canadian Tradecraft: Canada at the GATT 1947-1997, Decision at Midnight: Inside the Canada-US Free Trade Negotiations, What’s Next: Canada, the Global Economy and the New Trade Policy and Canadian Economic Development and the International Trading System. He is also a frequent public commentator on trade and related issues and widely in demand as a conference speaker.

Prior to joining The Norman Paterson School of International Affairs as a visiting faculty member, Mr. Hart was a senior official in the Department of Foreign Affairs and International Trade specializing in trade policy and trade negotiations. He was the founding Director of the Centre for Trade Policy and Law, an organized research unit of The Norman Paterson School of International Affairs and the Faculty of Law at the University of Ottawa devoted to research and teaching in trade policy. As a senior associate of the Centre, he has provided strategic analysis and advice to governments, international organizations, and businesses on emerging trade policy issues and has led training missions to enhance the skill levels of officials in developing and transnational economies. He has led missions and provided advice to governments in Eastern Europe, Central and Latin America, and Southeast Asia. Mr. Hart gave the inaugural lecture “The Role of Canadian Business in the Development of Canadian Trade Policy” for the Reisman Chair on 7 June 2000.