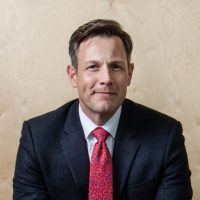 Philippe Lagassé is Associate Professor and the Barton Chair at the Norman Paterson School of International Affairs. Lagassé’s research focuses on defence policy and procurement, and on the roles of Parliament, the Crown, and executive power in Westminster states, notably in the areas of foreign and military affairs. He is currently completing a project comparing legislative oversight of the military and beginning a new project on prerogative power reform in Australia, Canada, New Zealand, and the United Kingdom. Both projects have been funded by the Social Science and Humanities Research Council. He is also the defence procurement co-director of the Canadian Defence and Security Network. In addition to his academic work, Lagassé serves as an advisor and consultant to the Canadian government. Between 2012-2014 he served as a member of the Independent Review Panel overseeing the evaluation of options to replace Canada’s CF-18 fighter aircraft, and he has been a member of the Independent Review Panel for Defence Acquisition within the Department of National Defence since 2015. His teaching and supervision at NPSIA focus on Canadian government and policymaking, comparative defence policy, and military and strategic studies.