Paterson Chair in International Affairs, Director of the Canadian Defence and Security Network 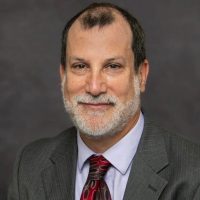 Paterson Chair in International Affairs, Director of the Canadian Defence and Security Network

Stephen Saideman holds the Paterson Chair in International Affairs at Carleton University’s Norman Paterson School of International Affairs and is the Director of the Canadian Defence and Security Network.  He has written four books: The Ties That Divide: Ethnic Politics, Foreign Policy and International Conflict; For Kin or Country: Xenophobia, Nationalism and War (with R. William Ayres); NATO in Afghanistan: Fighting Together, Fighting Alone (with David Auerswald); and Adapting in the Dust: Lessons Learned from Canada’s War in Afghanistan, as well as articles and chapters on nationalism, ethnic conflict, civil war, alliance dynamics, and civil-military relations.  Prof. Saideman has received fellowships from the Council on Foreign Relations and the Social Sciences Research Council.  The former placed on the Bosnia desk of the Strategic Planning and Policy Directorate of US Joint Staff for a year, and the latter facilitated research in Japan.  He taught previously at the University of Vermont, Texas Tech University, and at McGill University. He writes online including at his own site (saideman.blogspot.com).   He has won awards for teaching, for mentoring other faculty, for public engagement, and for his blogging on international studies.  He is currently working on the role of legislatures in civil-military relations in many democracies around the world. He tweets at @smsaideman, and co-hosts the Battle Rhythm podcast.