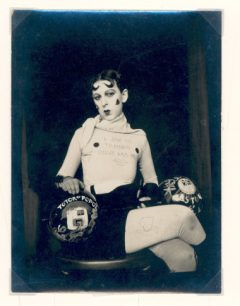 Claude Cahun and Marcel Moore’s work continues to provoke interest and raise questions about complex identities. The photographs, writings, and drawings produced by this pair of artists in the early 20th century prompt contemporary artists and scholars alike to ask challenging questions about art as formed by society, gender and ethnicity. This talk delves into the many ways Claude Cahun and Marcel Moore responded to the society in which they lived. Claude Cahun’s writing read alongside the photographic work produced in collaboration with Marcel Moore sheds light on how they responded to their Jewishness and their queer identities. How did these factors influence their practice, their choice of subject matter, and the presentation of their work? 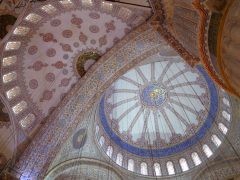 Architecture and poetry were two powerful forms of expression in the early modern Ottoman world. This talk will examine poems written for buildings in Istanbul and explore the poetics of image. It will discuss how people responded to and acknowledged architecture as a means for a higher form of emotional and spiritual knowledge.

What is an art world? What makes it modern? Explore the emergence of a modern art world in Paris from Rococo to Romanticism and from the old regime to the July Monarchy.

Conversion of the non-white races to Christianity was one of the most treasured goals of the British imperial project in the latter nineteenth century. This is the story of what happened when they tried to fulfil that goal in Labrador. 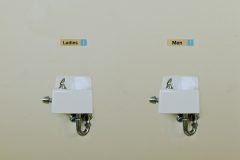 In this talk Tierney will share the way their art practice has capacitated education and social change. Drawing from their reality as a transgender and non-binary artist, in recent years Tierney’s work has moved into the unlikely terrain of consultancy and organizational change. From underground experimental performance art to institutional commission, Tierney’s practice evolved from engaging with creativity as a system for transformation on an individual level to upscaling the process into collective experiences of consciousness raising. 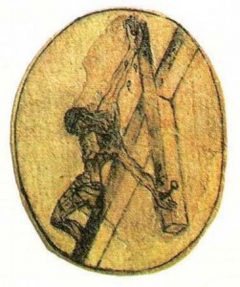 At some point in the later sixteenth century, the Discalced Carmelite reformer, mystic, poet, and theologian St John of the Cross made a small sketch of a vision he had while praying in his cell. The drawing has received little attention outside of Discalced Carmelite circles; a relative neglect that is understandable given the scale and context, but unfortunate. Despite the modest appearance, The Vision of the Crucifixion provides a vision into the image culture of the early modern Discalced Carmelites, a sophisticated system of visual communication and reception able to convey the most esoteric aspects of their mystical theology. John’s drawing effectively transforms his private devotion into a form of visual reenactment that allows viewers to identify with him on a visceral level by sharing in his experience. This is very different from conventional histories of early modern reception, which suggests visual expression in general was broader and subtler than often assumed.