The Storytellers of Our Society

This past year, the Liberal Government led by Prime Minister Justin Trudeau introduced federal legislation aimed to secure human rights and legal protection for transgendered people in Canada. Bill C-16 states that the Canadian Human Rights Act be altered to “add gender identity and gender expression to the list of prohibited grounds of discrimination.” The Bill also amends the Criminal Code to increase protection against hate speech and propaganda targeting varied manifestations of gender identity.

It is important to note that this is the seventh time that a similarly worded bill has been introduced in Canada’s Parliament, the previous six attempts having been unsuccessful.

Although C-16 currently remains in the Senate, the speed in which it passed through the House of Commons should function as a symbolic step forward in Canada’s recognition of the profound issues faced by the Canadian community of lesbian, bisexual, gay, transgender, queer/ questioning (LBGTQ) people.

This recent federal movement towards legislative equality has much to do with the authentic change affecting knowledge cultivated by researchers, activists, and scholars including Professor Dan Irving of the Human Rights and Sexuality Studies programs in the Institute of Interdisciplinary Studies and the Pauline Jewett Institute, Women’s and Gender Studies. 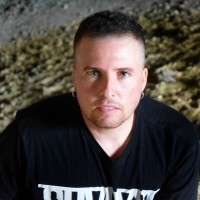 Specifically, Professor Irving’s qualitative research focuses on transgender unemployment and underemployment in urban pockets across Canada. His current project, which will culminate in a forthcoming book, evaluates and decrypts the major issues, and the often dire realities that many trans people face while trying to obtain and maintain work.

Irving uses interviewing as a primary research tool to understand and reveal the ways that perceived conceptions of gender normativity influence those who are likely (and those who are not likely) to be recognized as employable in a service relation-based economy.

“For the book, I weave narratives of gender non-conformity and how these anecdotes relate to the modern-day workforce,” said Irving. “What I see again and again is the phenomenon of job ghettoization for trans people. That is to say, they are typically either struggling to obtain employment or being segregated and oppressed in the workforce.”

Irving goes on to explain that the “labour market depends so much on ideas of effective labour.”

“Workers are called upon to use their entire bodies and minds within a service relation-based economy— an economy geared to create positive feelings among clients and customers.”

“The ability to do this ‘effectively’ in the minds of employers, is based on notions of gender and sexuality normativity, whiteness and perceptions of ableness.”

“If you don’t meet these standards, you get classified as threatening, and thus ineffective, making, acquiring, and, or maintaining employment a particularly daunting task, regardless of your qualifications.”

Irving reminisced about one of his interviewees, an enthusiastic trans woman with a nursing degree who could not get a job. Although she possessed all the credentials and was passionate and ambitious, she was stuck in a loop of working entry-level positions. “It’s tragic. She crackled with energy and competency,” said Irving. “Like so many others, the fact that she couldn’t get work had a profound impact on her self-worth.”

Logging the underlying moral economy of this all, Irving further explainedthat employability is a lens through which many people deduce much of their personal sense of dignity. “Trans people lose jobs for reasons that have nothing to do with their skillsets.”

“Once this happens to a person a few times in their life, they no longer view themselves as employable and have no expectation of suitable employment. Their identity becomes ensnarled in this perception of not being good enough.” Of course, all of this leaves trans people with little choice but to acquire their money through criminalized activities—undertakings which tend to expedite disenfranchise – ment and marginalization.

When speaking with Irving, it is quickly evident that he realizes the moral component of his work. With this self-awareness, he explained that he operates as a research activist on two registers. “I always push for more work to get done and to make sure that it is sustainable. It is undeniably interdisciplinary research, and we have to understand that there are many factors in need of consideration. How do we mediate race, gender, class, and exploitation? What I’m studying can be tragic, and there are so many moving parts, so we need to generate reports that o ffer clear direction.”

“Second, we need to investigate the root of all marginalization. We need to force ourselves to confront the illusions fostered by capitalism.”

Professor Irving is a self-described Marxist, who became “politicized” in his late teens. As he transitioned in the early 2000s, Irving began to think a lot about questions surrounding the identity politics intrinsic to life as a trans person. Irving also nurtured his personal politicization by studying and deciphering how societal constructs shape our greater understanding of where we all fit. As might be expected, Irving had always yearned to be an agent of change. “I thought I’d be a lawyer, but after some university experience as an undergraduate (and total geek), I knew that academia was the profession I wanted to pursue.”

“At the time, I was witnessing this amazing galvanization in the trans community around identity, and I wanted to be an ally. So, I wrote my dissertation at York which focused on how organizations approach trans identity on three sites of political intervention—the union movement, feminist activism, specifically homeless and Violence Against Women shelters, and LGBT rights organizations.”

“Soon after I finished my Ph.D., I got a call from Carleton—my first professional interview—and I was offered a professorship.”

In fact, Irving was Carleton University’s very first hire in the Sexuality Studies program. The irony of Irving’s rapid professional success is not lost on him. “You know, I feel like I have the best job in the world and recognize my personal privilege and influence, so I have to be cognizant and sensitive as I approach people who are less fortunate.”

As a trans person himself, Irving can share many of his own vulnerabilities with the community he studies, which he believes is essential. “I can relate to other’s fears, history, personal trials and issues through our shared identity. Typically, this gains me a degree of trust.”

“It also helps that I’ve been doing this for awhile, so I am something of a known entity in Ottawa and Toronto. I’ve always taken a very honest approach, and I think that my reputation often precedes me.”

Through his years of experience, Irving is still regularly surprised to learn of the resiliency of his interviewees. Although some trans people without work inevitably end up working in illicit (and often dangerous) trades, others establish alternative economies. Irving has met people who, in the absence of an employer, have created volunteer phone hotlines and embarked on careers as independent artists. Meanwhile, others embrace self-care through activities such as fitness, attending support meetings, and offering to counsel to others.

As he reflected on the hundreds of hours he’s spent interviewing members of trans communities, Professor Irving stated with conviction that “trans people are the storytellers of our society.”

“You meet these marginalized individuals who are often impoverished, dealing with mental health issues, and face obstacles most will never confront in their lifetime, and still, their spirit shines through.”

While the Canadian Government continues to debate Bill C-16, through his research, Irving and his interviewees give voice for the often unspoken and unspeakable feelings that particular bodies are worthless or worth less than others in the labour market—an exclusion that has a debilitating emotional impact on trans people and communities. To secure real societal change, Irving believes this effort needs to be collaborative.

“In my role as a trans scholar, I’m privileged in that I’ve been given access to spaces of privilege that many do not have. Although I’ve been granted access, I’m simply a bridge to trans community activists who lead the way forward despite the fact that they’re cast into social locations that are severely marginalized and compromised. They are the central figures in action on Bill C-16. These types of progressive movements forward are propelled by the tenacity and relentless pursuit of social justice taken on by trans community members.”

Professor Dan Irving was a fall 2016 lecturer for FASS’ ongoing CU in the City series. His talk was titled Depressed Economies: Transgender Un/deremployment. Learn more about CU in the City.

Poster from Professor Dan Irving’s CU in the City Event

Carleton University’s School for Studies in Art and Culture is pleased to announce that genre-defying multi-instrumentalist Petr Cancura will be the artist-in-residence in Carleton’s music program for the Winter 2021... More

The ongoing detention of Cihan Erdal, a 32-year-old PhD student at Carleton University, has sparked a growing international movement advocating for his release. More than 2,200 people, including famed... More