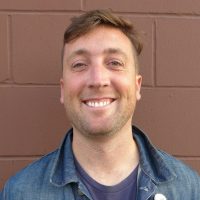 I’m a broadly trained human geographer with research interests in urban geography, colonial urbanisms, and urban political ecology. If there is a single theoretical commitment that unites my research, it is an interest in understanding how and why certain inequitable social relations persist in North American cities.

In broad terms, my work on colonial urbanisms seeks to understand and theorize the enduring persistence of a politics of colonial inequity in North American cities. My Ph.D. research, for example, drew on extensive field and archival research in Minnesota to demonstrate how the emergence of a zone of concentrated racialized poverty in post-war Minneapolis was explicitly connected to a longstanding politics of social, economic, and territorial inequity that has disproportionately advantaged the interests of “settler” Minnesotans, over and above those of their Indigenous counterparts. In recent years, my research on these questions has appeared in a number of scholarly journals, including Settler Colonial Studies, Human Geography, the Middle West Review, and Geography Compass.

In a different realm, I’m also interested in a series of ecological, political, and economic questions associated with the rise of the corporate “sharing economy.” My postdoctoral work drew on ethnographic methods to demonstrate how what is often described as “progressive” digital innovation for consumers and communities, often has deleterious effects on the lives of urban workers.

2019. “Racial Capitalism and the Production of Settler Colonial Cities”, Geoforum (in press) (with Heather Dorries and Julie Tomiak), https://www.sciencedirect.com/science/article/pii/S001671851930226X?via%3Dihub. PDF

2018. “You Get Exactly What You Fight For and Nothing More: Drug User Organizing in Vancouver’s Downtown Eastside,” an interview with Ann Livingston. Upping the Anti 20 (with Michael C.K. Ma).