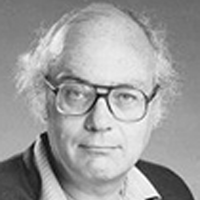 A native of Fort Frances, Ontario, Alan M. Gillmor was educated at the University of Michigan (B.Mus., M.A.) and the University of Toronto (Ph.D.). He taught at McGill University and Carleton University, from which he retired in 2003 as Professor Emeritus. He has had a successful and distinguished career since joining Carleton University’s Department of Music in 1971. He received the Faculty of Arts Distinguished Teaching Award in 1982, the first year it was offered, after his students’ praise was consistently among the highest throughout the Department’s evaluations. Alan used this award to completely redesign the first-year introductory course on world music, as a part of his commitment to improving the pedagogy within the Faculty of Arts. He received a Scholarly Achievement Award from Carleton in 1983 and a University Teaching Award in 1992. In 1995 he was a recipient of the prestigious 3M National Teaching Fellowship award and in 2002 received a Capital Educators’ Award (coordinated by the Ottawa Centre for Research and Innovation).

Dr. Gillmor was a commentator-writer for CBC radio, and wrote music criticism for The Ottawa Citizen, as well as program notes for the NAC Orchestra. From 1978 to 1985 he was co-editor (with Jean-Jacques Nattiez) of the Canadian University Music Review, and from 1992-95 he was a member of the Council of the American Musicological Society. He served on juries for the Juno Awards and for the Canada Council. He retired from Carleton University in 2003.  Representative publications include:

“Erik Satie: A Conversation” (with John Cage and Roger Shattuck), Contact: A Journal of Contemporary Music, No. 25 (Autumn 1982).

“Erik Satie and the Concept of the Avant-Garde,” The Musical Quarterly (Winter 1983).

“Echoes of Time and the River,” in Timothy McGee., ed., Taking a Stand: Essays in Honour of John Beckwith (Toronto: University of Toronto Press, 1995).

“In His Own Words,” in John Beckwith and Brian Cherney, eds., Weinzweig: Essays on His Life and Music (Waterloo: Wilfrid Laurier University Press, 2011).