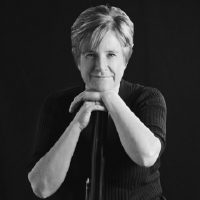 Bassoonist Jo Ann Simpson received her Bachelor of Music Performance degree from the The University of Ottawa, where she studied with Gerald Corey. A year of post graduate studies with William Waterhouse in London England, where she also worked with the BBC Symphony, was followed by a stint as principal bassoon of the Municipal Symphony Orchestra of Caracas, Venezuela from 1979-1986. Since returning to Ottawa, Jo Ann has worked as a free-lance player with the National Arts Centre Orchestra, the Montreal Symphony, the Quebec Symphony and the Orchestra of Northern New York, among others. She is principal bassoon of l’Orchestre Symphonique de Gatineau.

Jo Ann Simpson has appeared as soloist with orchestras in Venezuela, Uruguay and Canada. She performs recital and chamber music regularly.

Jo Ann Simpson is professor of bassoon at the Conservatoire de Musique de Gatineau, Québec and Carleton University in Ottawa. She teaches the bassoonists at Canterbury High School and Centre d’Excellence Artistique De Lasalle and runs the Beginner Bassoon Program for The Ottawa Youth Orchestra Academy. Jo Ann teaches the Bassoon Ed Techniques course at the University of Ottawa. She has taught bassoon at The Crane School of Music, SUNY in Potsdam New York and has given master classes at the 2 most prestigious music schools in Romania – Gheorghe Dima in Cluj-Napoca and The National University of Music in Bucharest.

Jo Ann Simpson is the founder and director of the only residential bassoon camp in Canada – Brooke Valley Bassoon Days, which attracts as many as 40 bassoonists annually from coast to coast in Canada, as well as from the USA. www.brookevalleybassoondays.ca

Jo Ann Simpson is one of the few bassoonists in North America who plays both the German and the French system bassoon. She is a member of The North American French Bassoon Quartet and is frequently invited to perform at conferences of the International Double Reed Society, most recently in Grenada, Spain 2018.