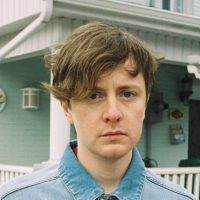 Kalle Mattson is a Juno & Polaris Music Prize nominated singer/songwriter based in Canada. Since 2009 he has released four full-length albums & two EPs to critical & commercial acclaim. His first music video for “Thick As Thieves” gained over 1,000,000 views & was covered by Time Magazine, NPR & The Huffington Post. It was followed in 2014 by Mattson’s third full-length studio album, the Polaris Music Prize-nominated “Someday, The Moon Will Be Gold”, which was inspired by his hometown on the Canadian/U.S. border and the death of his mother five years prior. It received glowing reviews from Pitchfork, Pop Matters, Rolling Stone, & Exclaim called it – “simply, a benchmark in fearless songwriting.” It was promoted by multiple tours across Canada, the US & Europe. August 2015 saw the release of a new EP, “Avalanche”, which Mattson described as a mini-LP concerning the twenty-something miasma of “anxiety, nostalgia, the past, the future.” The music video for “Avalanche” received widespread media attention & was nominated for a 2016 Juno Award, a 2016 Much Music Video Award & won the 2016 Prism Prize. On his newest album, 2018’s “Youth.”, Mattson set out to make a coming-of-age album about the in-between days of post-adolescence and pre-adulthood. It was released to rave reviews with Dominionated saying – “file it under instant classic.”