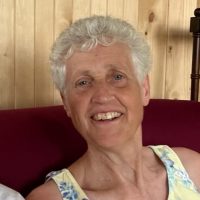 Christine Koggel is Professor of Philosophy and Graduate Supervisor. She comes to Carleton from Bryn Mawr College, PA, where she was the Harvey Wexler Professor of Philosophy and Co-Director of the Center for International Studies. Her main research and teaching interests are in the broad areas of moral theory, practical ethics, feminism, and social and political theory.

She is the author of Perspectives on Equality: Constructing a Relational Theory (1998), a book that brings together her interests in moral, political, and feminist theory. She is co-editor (with Rockney Jacobsen) of Our Faithfulness to the Past: The Ethics and Politics of Memory (authored by Sue Campbell and published posthumously Oxford 2014). She has collaborated extensively as editor or co-editor of 14 collections including Moral Issues in Global Perspective (1999 and a 3 volume 2nd edition 2006); Contemporary Moral Issues (4th and 5th editions 1997, 2005); Care Ethics: New Theories and Applications (2 special issues 2010 and 2011, reprinted as a book 2013); Gender Justice and Development: Local and Global (special issue 2012, reprinted as a book 2015); Examining Injustice: Foundational, Structural, and Epistemic Issues (special issue 2017, reprinted as a book 2018); and Relational Theory: Feminist Approaches, Implications, and Applications (special issue 2022).

She has published more than 45 journal articles and chapters in edited collections, the most recent of which explore topics in development ethics, feminist theory (particularly feminist relational theory), Settler-colonialism; Indigenous issues; and their intersections. She is the former President of the Canadian Society for Women in Philosophy (CSWIP), Board member of the International Development Ethics Association (IDEA), and is a Lead Co- Editor for the Journal of Global Ethics.

Interpretation, Relativism, and Identity: Essays on the Philosophy of Michael Krausz. Edited by Christine Koggel and Andreea Ritovoi. Lexington Press, 2018.

Gender Justice and Development: Local and Global, Volume I. Reprint of special issue of Ethics and Social Welfare. Edited by Christine Koggel and Cynthia Bisman. Routledge, 2015 (reprinted in paperback March 2017).

Our Faithfulness to the Past: The Ethics and Politics of Memory. Sue Campbell (published posthumously). Edited by Christine Koggel and Rockney Jacobsen. Oxford University Press, 2014.

“A Relational Approach to Equality: New Developments and Applications” in Being Relational: Reflections on Relational Theory and Health Law and Policy, edited by Jocelyn Downie and Jennifer Llewellyn. Vancouver: University of British Columbia Press, 2012: 63-88.

“Feminist Relational Theory: The Significance of Oppression and Structures of Power,” International Journal of Feminist Approaches to Bioethics. Volume 13, number 2 (2020): 49-55.

“Book Review Article of Displacement by Development and Ethics of Global Development” (Penz, Drydyk, and Bose and Crocker) Journal of Human Development and Capabilities, Volume 16, Number 1 (2015): 142-53.

“Is the Capability Approach a Sufficient Challenge to Distributive Accounts of Global Justice?” Journal of Global Ethics, Volume 9, Number 2 (August 2013): 145-57.