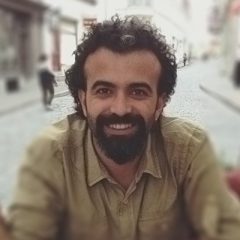 Çağlar Dölek is a Ph.D. candidate in Sociology with a Specialization in Political Economy. He transferred his Ph.D. from the Department of Political Science at Middle East Technical University (METU) in Ankara-Turkey to Carleton University in September 2017. His scholarly research involvement is based on his intellectual and political concerns for strengthening social justice and freedom, which are reflected in his civic activism and community engagement in Turkey and Canada.

The Mathew Nelson Memorial Scholarship is awarded annually by the Dean of Graduate and Postdoctoral Affairs on the recommendation of the Director of the Institute of Political Economy to an outstanding graduate student enrolled in the Master of Arts in Political Economy or in the Collaborative PhD with a Specialization in Political Economy. Mathew Nelson, a doctoral student and former president of CUPE 4600, possessed an extraordinary mind with an unwavering belief in a better world through social activism. Recipients of this award will demonstrate these qualities. Established in 2017 by family, friends and colleagues of Mathew Nelson.