Bridging Theory and Activism in the Work & Labour Program:

A conversation with Jane Stinson 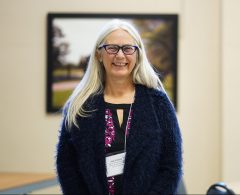 In September 2020, the Institute of Political Economy launched its Work and Labour program. A dynamic, diverse program, it offers students from a broad range of experiences—students, activists, labour leaders and staff, policymakers and analysts alike—an opportunity to analyzes questions relating to work, trade unions, and the labour movement.

Providing core knowledge, critical thinking, research and problem-solving skills, its students learn the skills necessary to work on labour issues in unions, non-profit organizations, government and academia, and to delve into theory to analyze the complex ways in which work and labour intersect with issues of gender, race, colonialism, globalization, environment and technological change.

In addition to supporting professional development and a rigorous, critical approach to issues pertaining to work and labour, this program provides a reflective space for experienced practitioners in the labour movement, and the opportunity to work and learn with specialists in work and labour, active in advocacy and academia in Canada and abroad.

In short, this program is exceptional and one-of-a-kind, thanks in part to Jane Stinson, an Institute of Political Economy alumni and lifelong activist and researcher.

Jane’s working and thinking on issues concerning work and labour has been years in the making.

She worked with the Canadian Union of Public Employees (CUPE) for 30 years in numerous capacities and she enrolled in the Institute of Political Economy’s Master’s program in 1999 while taking a break from work. She drew on this experience during Her graduate education provided an opportunity to be exposed to new ideas and reflect on her experience, completing a thesis on Ontario Pay Equity Results for CUPE Service Workers in Ontario Hospitals, “A Study of Uneven Benefits”.

She cites her grassroots work as deeply influential for her own research and teaching, “I’ve always had a foot in academia and the trade union movement —sometimes at the same time, sometimes at different times in my life. Sometimes when you’re working, things comes at you really quickly, and you have to respond really quickly. I’ve found in my life it’s been helpful to take periods to step back from that, and think and reflect on things, and explore academic knowledge and understanding.”

After leaving CUPE in 2009, she began investigating the impact of economic development on women in northern communities, and ways to influence impact assessments in order to democratize decisions being made about resource extraction as Director of the Feminist Northern Network (FemNorthNet), and with the Canadian Research Institute for the Advancement of Women (CRIAW). There, she has volunteered and worked in a variety of capacities—a researcher, a board member, a project lead, and even President—working on equality for women, intersectional analysis, and advocating for the implementation of a GBA+ lens across federal government departments. 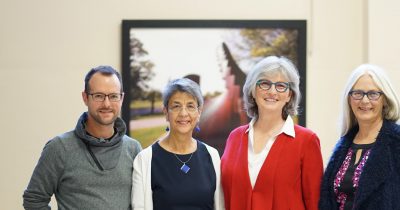 In 2015 Jane reconnected with the Institute of Political Economy, as part of a core team (with Cristina Rojas, Donna Coghill, Justin Paulson and Teresa Healy) developing the proposal for the Institute’s new diploma program in Work and Labour. She now teaches its core course, PECO 5002, and chairs the Work and Labour program advisory board.

“When we were preparing the application to start the program, we did an analysis of courses offered at Carleton, and there wasn’t much being offered on work and labour,” Jane explains. “One student said that PECO 5002 was the first course she’d taken that also talked about the role of trade unions.”

The Work and Labour program aims to fill this gap by bringing these critical, oft-neglected issues front and center. Class discussions typically draw upon the research interests and workplaces of its students, leading to conversations that address a wide breadth of questions. Jane offers a few examples:

“We look at how the nature of work, the labour market and the role of trade unions have changed over time, what is going on now and what is possibly coming. For example, on the issue of precarious employment—are we all going to become gig workers? Climate change—What is the union movement doing, and what could the role be in trying to address climate change. When we look at the future of work, are we going to have jobs? Which jobs are likely to be replaced by artificial intelligence? What jobs are at risk? What are jobs going to look like post-COVID? How is work going to be organized post-COVID? And what factors are going to influence these outcomes? Any student or any person working now may be wondering about or grappling with these issues.”

Students’ interests guide the structure of the course and the direction of class discussions, and ample time and opportunity is open for students to express their views. “I learn a lot from the students,” Jane adds. “Because it’s an interdisciplinary class, students comes from different backgrounds, they bring different perspective and have different interests, and we really try to have an exchange of ideas among all of us in the classroom.” 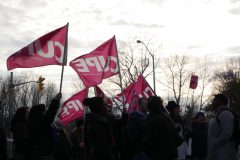 For Jane, developing the Work and Labour program and teaching at the Institute has been a professional and personal endeavour, and truly a full-circle moment, drawing her back into a community where her academic career began.

“I started at Carleton many years ago, and I’m now teaching in a classroom that I took a class in when I was 18 years old,” she says. “It’s funny—we start PECO 5002 talking about different models of learning. One is a spiral model of learning, that recognizes how you go out into the world and practice things after education, then you come back and you learn more. I feel like I’m really on that spiral, in the same spot but in a different place, many years later.”

“It’s neat to be back at Carleton, having started there and having done my degree in Political Economy, and to see how things have changed, both in terms of our knowledge and the interests of students,” she says. ” I think it’s a really good program—it does really interesting work and attracts very interesting students, and I’m very happy to be associated with it again.”

Are you interested in the Work and Labour program? Hear from Kevin Matthews, one of our current part-time students, and Chris Roberts, Director of Social & Economic Policy at the Canadian Labour Congress. Or, check out videos from Jane herself, in which she describes what Work and Labour is and what benefits the Diploma offers its students.