The Institute of Political Economy offers a one-of-a-kind placement opportunity, PECO 5904, in which students gain hands-on experience and apply their academic skillset to the community. Available to all students at the Institute, and a key component of its Work and Labour programs, this unique course links students with the community organizations to engage in research activities under the supervision of professional researchers.

One of the latter is Hadrian Mertins-Kirkwood, Senior Researcher at the Canadian Centre for Policy Alternatives (CCPA) and alumnus of the Institute of Political Economy. 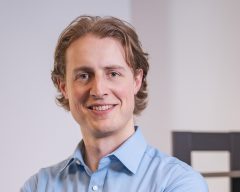 Hadrian Mertins-Kirkwood has been working with the Canadian Centre for Policy Alternatives for 7 years, beginning first when he was an IPE student himself. A professor connected him with CCPA’s trade director at the time, who provided Hadrian a placement writing a trade policy report. He describes how his academic training at the Institute prepared him for this role. “What I knew and had to offer was new to him, and he was able to learn from me,” Hadrian said of his placement. “Experts in the field don’t know everything, because they’re human too. As a student, you’re likely spending more time thinking about these issues than many people who work on them, and that can be useful.”

After he graduated, Hadrian applied for a Research Assistant position to work on the CCPA’s Alternative Federal Budget project at the CCPA. Thanks in part to his previous connection with the organization, he got the job; once that contract was over he was offered another, then another, until he was approached to do climate research. The CCPA was in need of an in-house expert in the field, and the CCPA was willing to give him the time to get up to speed.

These days, as a Senior Researcher at the CCPA national office, his research focuses on workers in the context of climate change, and what a “just transition” towards an equitable new economy and clean energy production might look like for workers. His research addresses questions such as how people are implicated in climate policy.

Every year, he takes on students from his alma mater, giving IPE students the valuable experiential learning opportunity he had during his graduate degree.

Students are involved at nearly every stage of the report writing process—research, donor meetings and community outreach, literature review, drafting the document and, finally, observing the publication process. They are also invited along to all networking and team and strategy meetings, as well as internal meetings within the CCPA in which they strategize, collaborate, and conduct peer review, getting a rare behind-the-scenes looks at the inner workings of an active NGO.

Depending on the quality and quantity of their contribution—though, as Hadrian notes, IPE students are high caliber—students may even be credited as co-authors on the final report. His goal is to give students the advantageous professional skill and experience he had when he was in their shoes, and create a positive experience for both.

Based on testimonies from IPE students who have worked and learned under his tutelage, this is certainly the case. 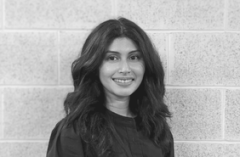 Zaee Deshpande joined the Institute of Political Economy’s Masters cohort in 2018. Coming from an undergraduate degree in Political Science, she joined the Institute with a broad interest in labour. She credits her placement at the CCPA with helping narrow her research interests, and hone key skills she uses regularly in her professional life today.

She joined Hadrian to work on a report exploring whether the emerging policy consensus on just transition is consistent with the principles of social justice and equity more broadly. Hadrian encouraged her to take on as much as possible. Over her placement, she conducted literature reviews, drafted the report, and sat in on calls with external stakeholders, union partners, and funders. She also observed the editing and review stages.

As an alum, Hadrian knew firsthand the demands of coursework at the IPE, and offered flexibility in terms of when and how she completed her placement. In addition to providing firsthand writing and research experience, Hadrian provided valuable coaching on data analysis, a skill with which she wasn’t previously familiar. Zaee was credited as a co-author on the resulting report, “Who is included in a Just Transition? Considering social equity in Canada’s shift to a zero-carbon economy,” published in August 2019.

This publication credit proved an asset in job interviews following graduation, helping her stand out as a candidate. Shortly after graduation, she landed a job at Lancaster House Publishing as a Research Associate working on labour and human rights law. “Lancaster actually knew of me because they’d read that report,” Zaee describes.

She recently took on a new position as Program Officer of the Shareholder Association on Research and Education (SHARE), which promotes responsible investment services, research and education, and works with institutional investors to implement responsible investment strategies to promote a sustainable economy. SHARE, too, was familiar with her CCPA report, and skills gained during her placement are directly transferable to her work today.

She highly encourages students to find a placement during their time at the Institute of Political Economy in a field in which they hope to work, and to get involved: look at other work conducted within the organizations, and connect with colleagues doing work similar to theirs. 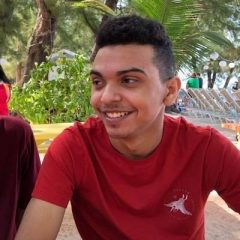 Jonah Somers is a recent alumnus of the Institute. When he arrived in 2019, he was interested in the intersections of philosophy, technology, and social issues; the Political Economy MA program was the only of its kind that offered the freedom for him to explore this niche area of interest. His placement at the CCPA gave him the opportunity to delve into environmental policy, a new area of interest, and gain practical skills that have directly translated into his work post-graduation.

During his 4-month placement, Jonah honed his research skills conducting an environmental scan of how other governments approach emissions reduction, and combing over Canadian environmental commitment documents. He also sat in on meetings with key figures in the labour movement.

“It was a really cool opportunity for me, as a second year MA student, to sit in on meetings with important people in the labour movement,” Jonah recalls. He also got to practice packaging dense information for labour groups to put into action.

He recommends the Institute’s placement course because it helps students practice their classroom learning and put their critical analysis to work, and realize the marketable skills they have to offer the workforce. “The placement program is rare,” Jonah notes. “In large grad programs, this opportunity just isn’t available.”

Overall, he cites working and learning from Hadrian as the most valuable part of his time at the CCPA—he advises students to take the opportunity pick their supervisors’ brains, and get involved in as many aspects of the organization as possible during their placements. 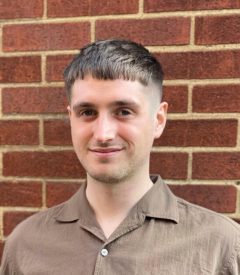 For Clay Duncalfe, working with the CCPA was a full-circle moment. “I was familiar with the CCPA going into my MA program and had read their reports and cited their research in my undergrad,” he says. “I always thought the CCPA would be a really interesting place to work.”

Clay worked on a report called “Roadmap to a Canadian Just Transition Act A path to a clean and inclusive economy”, which analyzed what a just transition, rooted in labour movement, might look like.

First, he conducted a literature review of how other jurisdictions have implemented just transition policies as they have phased out environmentally harmful industries. After poring through legislative documents from various jurisdictions, he then began writing. He also published two articles with the CCPA’s Monitor Mag, and another in collaboration with Hadrian: “Will the green economy of the future work for everyone?” and “Budget 2021 falls short on transformational climate action”.

Although he began his placement out of an office set up for him at the CCPA national headquarters, his placement shifted online when COVID-19 hit. Their project was consequently pushed to the back burner when Clay’s work placement concluded; however, a year later, Hadrian was able to secure external funding to bring Clay back as a part time researcher to complete the report, which was published in April 2021.

Clay’s placement with the CCPA gave him the opportunity to put the theoretical perspectives he gained at IPE into practice—particularly how states, markets, and social movements interact to elicit change. He was also able to put his academic research skills to the test, and see firsthand how those translated to practically-focused, public-facing research work.

Clay is currently working as a National Convener for the Green Economy Network—a group of labour and climate-based groups who work together to advocate for worker-focused environmental policy in Canada. Though primarily driven by trade unions, it has several NGO partners, including the CCPA. He learned about the role from Hadrian, who encouraged him to apply, so was a key factor in him landing the role before he’d even graduated from the Institute. Since finishing his MRE, he has moved into the position full time.

Seven years after graduating from the Institute, Hadrian recalls two main takeaways that have informed his work and research.

“People are happy to talk about work and careers, but those opportunities don’t exist until you create them,” he advises. “I don’t advertise that I offer career mentorships, but I take those emails every single time.”

Hadrian’s other piece of advice is to be open, and know that you’re not stuck in or committed to a specific topic. The most important learning in grad school is learning how to write and how to learn, which is transferrable across any industry or research area. “Learning to learn, critical thinking, and soft skills like writing and presentations, are all transferrable to any industry, and any area of expertise.”

Although he ultimately went on to focus his research elsewhere, two years of learning the ins and outs of trade policy during his MA gave him the expertise he needed to get a foot in the door at CCPA. He also notes that the theoretical foundations of the program, and understanding how the economy works and the dynamics of power relations, remain critical to his work today. While he doesn’t cite political theorists every day, he does think about their ideas regularly, and they inform his approach to addressing policy questions.

Interested in a placement at Institute of Political Economy? This opportunity is available to students in our flagship MA program—both as a supplementary course and as part of its Work and Labour concentration—as well as those in our new Graduate Diploma in Work and Labour.