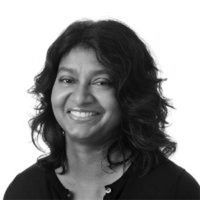 Christina Gabriel is an Associate Professor in the Department of Political Science and the Institute of Political Economy. Her specific research interests focus on citizenship and migration, gender and politics, regional integration and globalization. She is the co-author of Selling Diversity: Immigration, Multiculturalism, Employment Equity and Globalization (2002) and is a co-editor of Governing International Labour Migration: Current Issues, Challenges and Dilemmas (2008). She has contributed chapters and articles on issues such as migration, border control, transnational care labour and North American regional integration.

Christina Gabriel joined Carleton in 2002. She previously taught at York University, Toronto and Trent University, Peterborough. She also held a Killam Post-Doctoral Fellowship at the University of Alberta, 1998-1999.