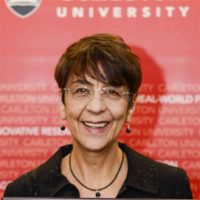 Cristina Rojas is Director of the Institute of Political Economy at Carleton University and Professor in the Department of Political Science. Her academic research interests are on the areas of political ontology, critical development and postcolonial theory, social policy and citizenship studies. Presently she is doing research on the relation between indigenous movements and the state in Bolivia. Her most recent articles are published in Citizenship Studies, Globalizations and Third World Quarterly. She is the author of Civilization and Violence: Regimes of Representation in Nineteenth Century Colombia, and co-editor of Narratives and Imaginings of Citizenship in Latin America and Elusive Peace: International, National and Local Dimensions of Conflict in Colombia.

“Transformations in imaginings and practices of citizenship in Latin America”, with Judy Meltzer (main author), in Routledge Handbook of Global Citizenship Studies, forthcoming.