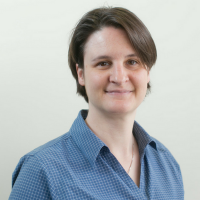 Danielle Kinsey focuses on the history of 19th century Britain and empire, comparative women’s and gender history, and global history. She is particularly interested in studying transnational connections and commodity chains that show the centuries-old development of globalization and how interconnection has been formative in the making of the modern world. Her current book project examines the meaning of diamonds in Britain and Empire across the nineteenth century.  With Jennifer V. Evans, she is also embarking on a new project about photography and sexual revolution in the twentieth century.  Dr. Kinsey completed her MA at the University of Calgary and her PhD at the University of Illinois at Urbana-Champaign.

Erin Gurski, MA Thesis: “From Acceptance to Assimilation: The Changing Role of Travellers in the (Re)Creation of Irish Nationalism, 1920s-1950s,” (2014, co-supervised with Susan B. Whitney)