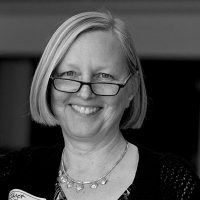 Janet has a PhD in Social and Political Sciences from Cambridge University. She received her MA in Sociology from the University of Waterloo.

After working for 10 years in the Sociology department at the University of Edinburgh, Janet returned to Canada to take up a position in the Department of Sociology and Anthropology at Carleton, where she was made full professor in 1998. She is cross-appointed to the Institute of Political Economy.

Janet’s undergraduate teaching has focused on globalization, gender, stratification and research methods. In 2013-2014 she will be teaching SOCI 3040 Studies in the Sociology of Gender and SOCI 4010 Advanced Studies in Power and Stratification.

Janet is co-investigator with Fran Klodawsky (Carleton University, Geography, Principal Investigator) and Caroline Andrew (University of Ottawa, Political Studies) on a SSHRC-funded partnership development grant (2012-2015) entitled “Intersectionality in Practice: Feminist Theory and Urban Governance”. Partners on this project are the City of Ottawa, the City for All Women Initiative/Initiative: Une ville pour toutes les femmes, and the Federation of Canadian Municipalities.

She is also working with Nick Scott (PhD Carleton, 2012) on assessing quantitative approaches to the analysis of gender and intersectionality. With Professor Cheryl Picard (Law, Carleton University), she is collaborating on research assessing Insight Mediation as an approach to conflict resolution. Janet is collaborating with Andrea Doucet (CRC, Sociology, Brock University) on a new edition of Gender Relations in Canada: Intersectionality and Beyond for Oxford University Press.

Janet has an on-going interest in post-positivist approaches to social science research, and is developing graduate teaching materials on research design.

At Carleton, Janet has supervised over 30 MA and PhD students in a range of substantive areas in Sociology and in Political Economy.