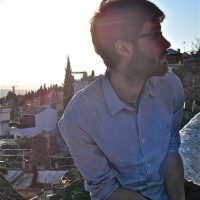 I am a socio-cultural anthropologist working in the Middle East and North America. My work combines the study of Islam, secularism, law, and ethics to develop a political anthropology of religion. Ethnographically grounded in Lebanon, my book manuscript approaches the Islamic tradition by looking at the questions that contemporary shari’a scholars raise, explore, and complicate. In previous research projects, I studied religion-based family law courts as a site from which to reflect on gender relationships, pious activism and the state management of religion. Other writing projects explore areas of synergy between anthropology and the tradition of critical theory (Foucault, Benjamin, Asad).

My new ethnographic project considers the migration of Islamic family law and its enforcement in Canadian tribunals. Supported by an SSHRC Insight Grant (2018-2022; Co-PI), it seeks to understand the social and gendered implications of this transnational process. It also pays particular attention to its impact on the matrix of inter-religious relationships that ties the Canadian-Lebanese community together.

At the undergraduate level, I teach courses on Anthropological Theory and the Middle East. For graduate students, I am offering I a seminar on Political Anthropology. I supervise students seeking to study question of religion, secularism, migration, or interested in thinking about the relationship between ethics and politics, action and subjection.

2009, “Confession, Subjectivity, and Obedience. A Reading of Michel Foucault’s Unpublished Lectures On the Government of the Living,” Telos, 146: 111-123.