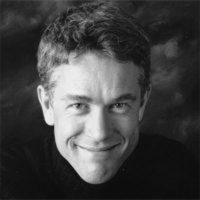 Peter Andrée joined the political science department in January, 2007, after a meandering educational journey from the natural sciences, through philosophy and community development, to environmental studies, geography, and now political science. Prior to arriving at Carleton, he was based in the School of Geography and Environmental Sciences at Monash University in Melbourne, undertaking post-doctoral research on rural and food system sustainability in Australia. He completed his PhD in the Faculty of Environmental Studies at York University in Toronto in 2004.

Peter Andrée is currently Associate Professor and Associate Chair in the Department of Political Science at Carleton University. He is also cross-appointed in the Department of Geography and Environmental Studies and in the Institute of Political Economy. Prof Andrée’s research focuses on the politics of food and the environment. He practices, and teaches, community-based participatory research methods. Prof. Andrée is co-editor of Globalization and Food Sovereignty: Global and Local Change in the New Politics of Food (University of Toronto Press, 2014) which examines social movements the world over seeking to build more sustainable and just food systems. He is also author of Genetically Modified Diplomacy(University of British Columbia Press, 2007), an analysis of the global politics of regulating genetically modified organisms.

Prof. Andrée is the Principal Investigator on a SSHRC-funded Partnership project called Community-First: Impacts of Community Engagement (CFICE) https://carleton.ca/communityfirst/. CFICE works to strengthen community-campus partnership practices with the non-profit sector in Canada. It encourages institutional alignment in support of Community Campus Engagement, and works closely with a range of non-profit organization partners to strengthen their capacity to work with academic partners. Along with Prof. Patricia Ballamingie of the Department of Geography and Environmental Studies at Carleton, Prof. Andrée is also the co-lead of the Eastern Ontario node of the SSHRC and Ontario government funded ‘Nourishing Communities’ research team  (http://nourishingontario.ca/ and https://fledgeresearch.ca/). This group undertakes research across Canada and internationally on sustainable food system efforts.  Under the Nourishing Communities’ Food: Locally Embedded and Globally Engaged (FLEdGE) partnership project, Prof. Andrée and Prof. Ballamingie are leading a study on the topic of National/pan-Canadian Food Policy in Canada.