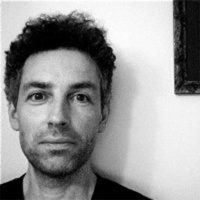 s an undergraduate I trained in chemistry at Imperial College, London, before doing graduate studies in politics at City University of New York and York University, Toronto. I have published widely in the areas of political sociology, political geography, citizenship studies, security and insecurity, and Foucault studies. Broadly speaking, the method I have followed in my work is to study the objectification of human experience in specific domains – unemployment, migration, and, most recently, state secrecy. I ask what politics means in these domains, what forms it is capable of taking, and what lessons we can extrapolate from these encounters.

I am currently working on three projects: (1) a book entitled (provisionally!) Rethinking Secrecy (forthcoming with Routledge); (2) a SSHRC funded (2017-22) collaborative study of what I call air deportation which focuses on the role of civil aviation in the forced removals of foreigners and illegalized people in and from Europe; (3) a co-edited book (with Charles Heller and Lorenzo Pezzani) called Viapolitics (forthcoming with Duke University Press). I am also a co-editor (with Martin Geiger, Carleton, and Parvati Raghuram, Open University) of the book series Mobility & Politics.

For further details about my interests and publications, and to download papers, chapters, etc., go to http://williamwalters.net

Moffette, D. and Walters, W. 2018. ‘Flickering Presence: Theorizing Race and Racism in the Governmentality of Borders and Migration’, Studies in Social Justice. 12(1): 92-110.