Associate Chair and Associate Professor, Department of Sociology and Anthropology 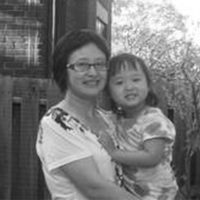 Associate Chair and Associate Professor, Department of Sociology and Anthropology

Theorizing of citizenship, governance, identity, and cultural politics in Canadian and Chinese national and transnational contexts, the child and the construction of modernity, diaspora studies, governmentality, feminist theory, post-colonialism, pragmatism.

Xiaobei Chen was born in Guiyang in the southwestern part of China. She received her B.A. from Guizhou University, M.Phil. from the University of Hong Kong, and Ph.D. from the University of Toronto. She was awarded a Killam Postdoctoral Fellowship at the University of Alberta (2001-2003). She has carried out policy, archival, and ethnographic research in China and Canada. She is the author of Tending the Gardens of Citizenship: Child Saving in Toronto, 1880s-1920s (University of Toronto Press, 2005), co-author of History of the Li Minority in Hainan Province, China: The Case of Collective Production Practice (2008), and co-editor of Social Work for Women in the Chinese Context (2007).

Her current SSHRC-funded project studies familial, custodial and pedagogical relations between Chinese children and white Canadians in two sets of transnational processes: 1) contemporary adoptions of Chinese children to Canada; and 2) Canadian Christian mission work in China (1880s – 1950s). The project was nominated by the SSHRC Interdisciplinary Committee for the Aurora Prize in 2005. Her present writing focuses on the trajectory of problematizations of cultural differences, conceptions about the Chinese Other, the hegemonic ideas about the criteria and modes of belonging and non-belonging in racial and cultural terms, and practices of subject-making that simultaneously constitute normative subjectivities in the Chinese children and white adults.

She has consulted to community groups and governments on research projects about multiculturalism, immigration and settlement, racism, and equity.

Chen, Xiaobei. “The Child’s Right to a Cultural Identity and the Governance of Intercountry Adoption.”

Chen, Xiaobei. “The Child-Citizen and the Biopolitics of Recasting Citizenship,” in Recasting the Social in Citizenship, edited by Engin Isin. Toronto: University of Toronto Press, 2008.

Chen, Xiaobei. “Sexual Harassment: the New Name’s Implications for an Old Problem.” In Social Work for Women in the Chinese Context, edited by Liu Meng, Xiaobei Chen and Sheila Neysmith.

Beijing: the Chinese Labour and Social Security Press, 2007 (in Chinese with English abstract).

Chen, Xiaobei. “Black Atlantic, Chinese Pacific: Some Thoughts on Heritage Celebration and Cultural Politics in the Case of Intercountry Adoptions from China to Canada.” Asia-Pacific News 18, no. 2(2005): pp.2-3, Centre for Asia-Pacific Initiatives, University of Victoria.