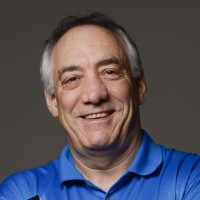 As a graduate student I was fortunate to have been invited by my professors to join them as author or co-author in their publications. During my PhD I published articles in works by Professors Michael Whittington, Glen Williams, Alan Maslove, Jon Pammett, Brian Tomlin and Michael Prince.  These were tremendously powerful learning opportunities working alongside experienced authors. My PhD dissertation was integrated into a co-authored book with my supervisor Professor G. Bruce Doern. The Politics of Energy: The Development and Implementation of the NEP was published in 1984 while I was a SSHRC Post-doctoral Fellow at the International Energy Agency in Paris. The Politics of Energy was quickly acknowledged as the definitive academic analysis of the National Energy Program. Interestingly, The Politics of Energy will be re-issued by Routledge in the U.K. in 2019 as part of a new energy series they are launching … thirty-five years after we wrote it.

Because I understood and appreciated the role that publication opportunities with faculty played in my development, I extended similar co-publication opportunities to 20 of my graduate students. I am currently working with Sustainable Energy Policy and Engineering M.A. students Erik Koskela, John McNally, and Gabrielle Morrison on the fifth in a series of publications documenting the Stephen Harper and Justin Trudeau governments’ work at the interface of energy and environmental policy. The first four articles were published in the School of Public Policy and Administration’s flagship volume How Ottawa Spends (HOS). The 2019 article will be submitted to the journal Canadian Public Policy. The first HOS chapter critiqued Harper’s radical dismantling of the sustainability driven policies and programs established by the Brian Mulroney Progressive Conservative government and the Liberal governments of Jean Chretien and Paul Martin. The second chapter explored the equally radical changes made to the Harper legacy by the newly elected Justin Trudeau government as provinces and the federal government began to work together on energy and climate change policy. The third chapter explored the emergence of The Pan-Canadian Framework on Clean Growth and Climate Change (PCF) as the federal government launched a major legislative program to institutionalize carbon pricing, enhance resilience and adaptation readiness to climate change triggered extreme weather events, and stimulate low carbon energy technology growth. The fourth chapter explored in detail the early stage implementation of the various instruments of the PCF in the face of opposition from some provincial governments particularly around pricing carbon. The article under development in 2019 evaluates the third year of implementation of the PCF programs and policy instruments as the country heads into a national general election this autumn. The article explores the ongoing challenges and opportunities that the instrumentalities of Canadian federalism create for a comprehensive national climate change policy strategy in the context of an historic global energy system transition.